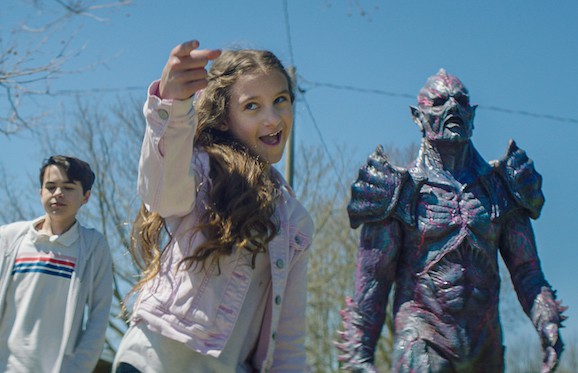 Off the CUFF: PSYCHO GOREMAN

Just before Halloween, we're heading back to Globe Cinema for our first socially-distant event – an Off the CUFF screening of the sci-fi horror comedy PSYCHO GOREMAN. From Canadian cult filmmaker Steven Kostanski, PSYCHO GOREMAN tells the story of malevolent creature who is forced to obey the bidding of two children.

Capacity at Globe Cinema will be reduced to 20% (75 seats). All health and safety protocols set by Globe Cinema will be strictly enforced. Attendees must wear a mask inside the building, social distancing etiquette must be followed, and only Debit, Visa, and Mastercard will be accepted at the concession. Please read Globe Cinema's rules & regulations before arriving.

"PSYCHO GOREMAN is the complete package. Ripe with huge laughs, it bolsters massive creativity that would make the studio system blush and comes with enough gore to flood an abattoir. This is the kind of genre cinema that we dream of." –  Screen Anarchy

"PG’s premise is like E.T. mixed with THE TERMINATOR, executed with the ‘80s nostalgia of STRANGER THINGS." – That Shelf