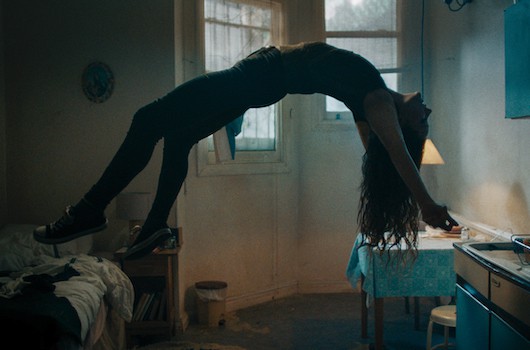 Off the CUFF: SAINT MAUD – CANCELLED

THIS EVENT HAS BEEN CANCELLED due to the COVID-19 pandemic and the recommendation from the Alberta government to cancel public gatherings of 250+. Our festival venue, Globe Cinema, has also temporarily closed. Read our full statement.

CUFF presents the latest horror release from A24, the indie production company behind THE WITCH, HEREDITARY and MIDSOMMAR.

SYNOPSIS
The debut film from writer-director Rose Glass, SAINT MAUD is a chilling and boldly original vision of faith, madness, and salvation in a fallen world. Maud, a newly devout hospice nurse, becomes obsessed with saving her dying patient’s soul — but sinister forces, and her own sinful past, threaten to put an end to her holy calling.

"Rose Glass' taut and trembling Saint Maud transmutes a young woman's spiritual crisis into such a refined story of body horror that genre fans might feel like they're having a religious experience." – IndieWire

"As Maud's mental state spirals out of control, the film becomes both more surreal and more poetic, culminating in a shocking finale that sent a shiver through the Fantastic Fest audience." – AV Club