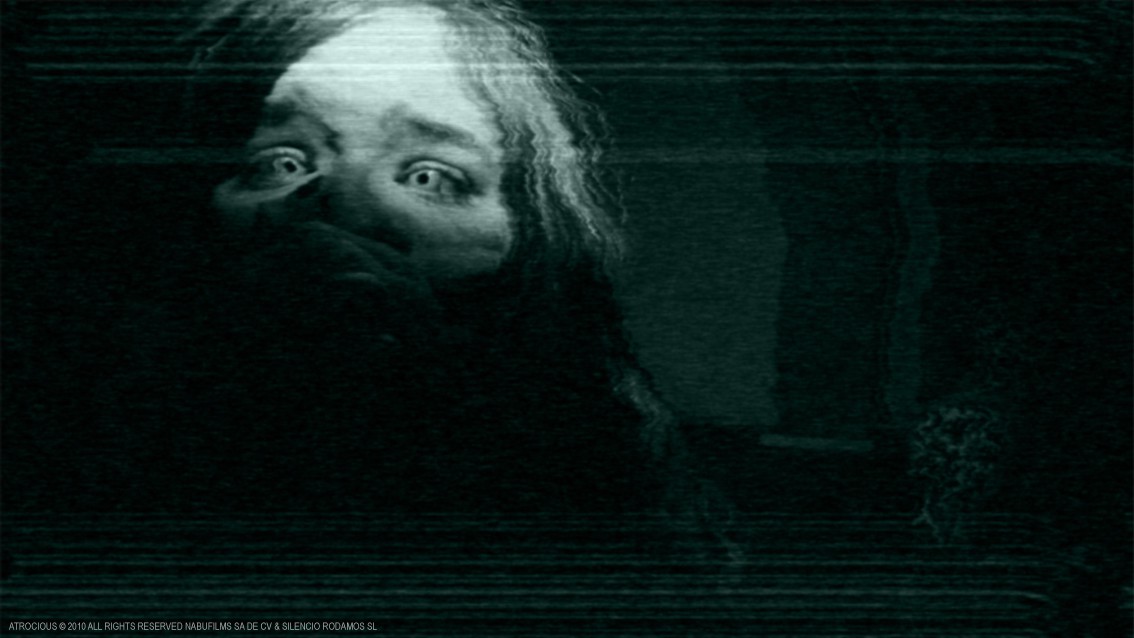 On April 4th of 2010, the Quintanilla family was found murdered in their countryside house. Spanish police reported the existence of 37 hours of recorded evidence that shed new light on a gruesome murder investigation. Atrocious shows the real images of such evidence.

The found footage documents a family of five spending their holidays at their summer house in Sitges, where brother and sister Cristian and July Quintanilla pass the time investigating a terrifying local urban legend. As their investigation intensifies, strange occurrences in and around the house escalate rapidly, before culminating in unspeakable atrocities. The found footage shows the last five days of Cristian, July and their family - what they lived through and some of what remains unexplained.

Creepy, suspenseful and incredibly well executed, Atrocious is the latest horror thriller familiarly shot in first person, where the story is brought together by the actors on handheld cameras. Following the lead of low-budget, moc-doc films such as the Blair Witch Project, Paranormal Activity, and Last Exorcism, the addition of a film such as Atrocious suggests these films as a new genre, rather than merely a style of filmmaking.

"In the right hands the first person perspective makes for intimate, powerful film and director Fernando Barreda Luna knows exactly what he is doing with the form."