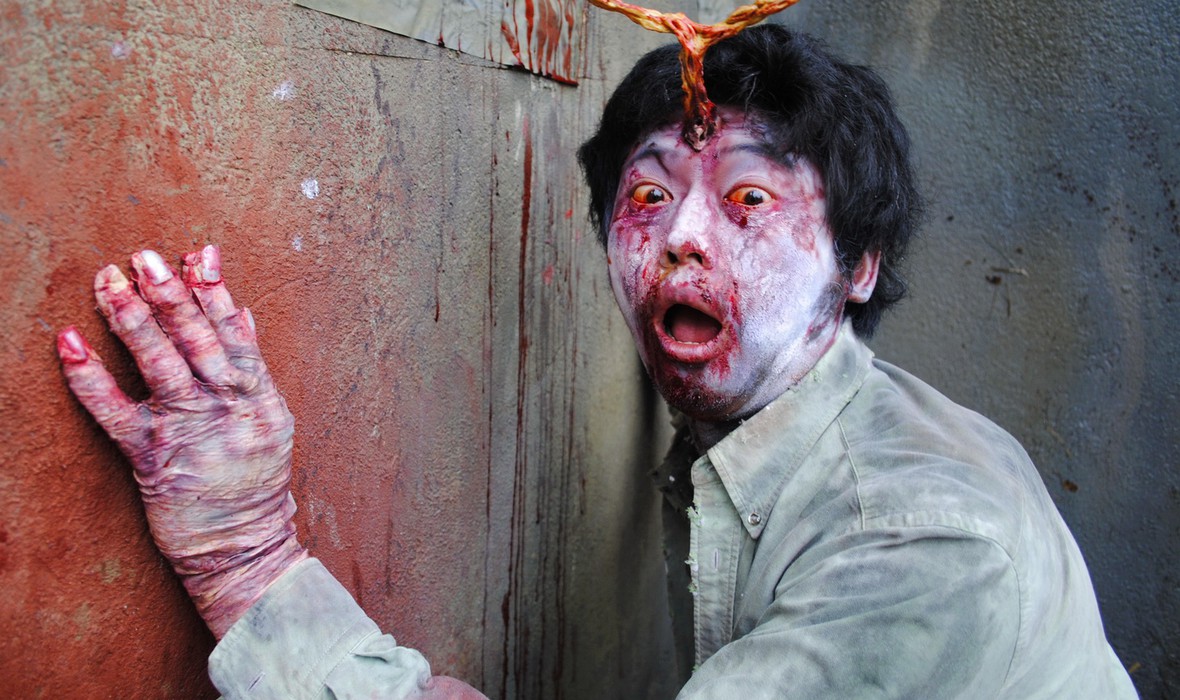 WELCOME TO ZOMBIE WORLD!
An alien-spawned, mysterious mist blankets the northern half of Japan, transforming those who inhale it into ravenous, flesh-eating zombies hell-bent on devouring the surviving human population. Plunged into chaos, Japan is torn in two - the southern half of the country, where the populace remains untouched by the deadly gas, lives behind a heavily-fortified wall, while the northern half is a lawless, zombie- infected wasteland. Political forces are locked in a stalemate over whether the living dead should remain protected as family members or exterminated like a plague.

Hope arrives in the form of Kika, a beautiful high school girl armed with a chainsaw sword powered by an artificial heart. Recruited by the government, Kika leads a ragtag group of desperados on a secret mission into the zombie-infected wilds to exterminate zombie queen.

"If you’re into splatter-heavy gore with high pressure arterial blood spray and mutated creatures with appendages that are as perverse as they are inventive, (director) Nishimura is your man."