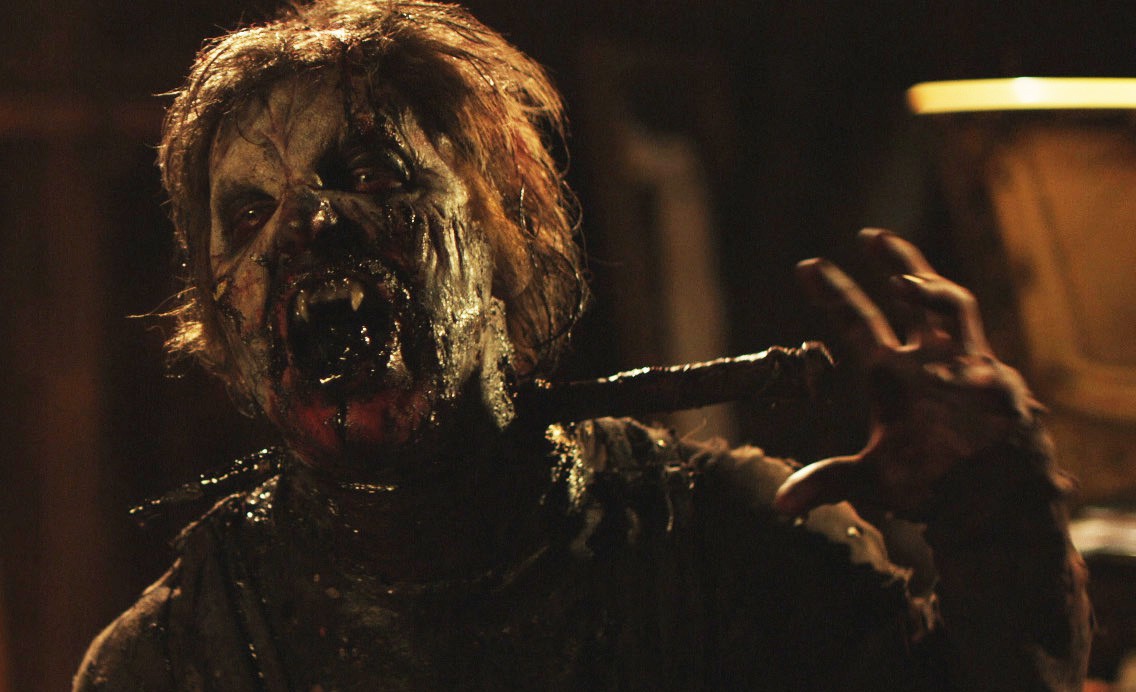 In Jim Mickle‘s new film, Stake Land, a young boy (Paolo) is about to learn how cruel the world can become. Martin was a normal teenager before the country collapsed in an empty pit of disaster, and a vampire epidemic swept across the nation‘s abandoned towns and cities. It‘s up to Mister (Damici), a death dealing, rogue vampire hunter, to get Martin to safety. Armed with a trunk full of wooden stakes and a desperate will to say alive, Mister and Martin make their way through locked down towns, recruiting fellow travelers along the way. A devout nun (Kelly McGillis; Top Gun) joins the small team of survivors. She faces a crisis of faith during the vampire bloodshed, ultimately taking up arms to do battle with her newly formed family unit...

As with his hit, Mulberry Street, Jim Mickle creates a dark and terrifying world, although this time it is fully stocked with the most vicious vampires in recent film history. Stake Land is a gritty, post-apocalyptic road movie with teeth!

"A taut thriller replete with gripping emotion behind it."

"With some true surprises along the way and everything from the cinematography to the musical score hitting in all the right places, Stake Land is the vampire film of the year."