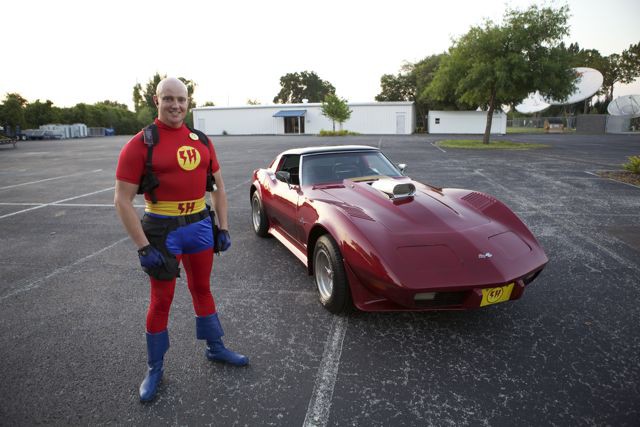 They patrol the dark and dangerous street veiled in secret identities, seeking out criminals, evildoers and villains. They call themselves Real-Life Superheroes, and they are out to save humanity.


Superheroes is a journey inside the world of real-life caped crusaders. From all over North America, these everyday citizens don masks, homemade costumes and elaborate utility belts in an attempt to being justice to evildoers everywhere. We are introduced to several of the country’s most famous masked heroes including Mr. Xtreme, a 33-year- old security guard officer by day; a goon’s worst nightmare by night. The film follows Mr. Xtreme on his nightly patrols through the streets of San Diego, as he tries to stop bad guys and protect the innocent.

Superheroes uncovers this cultural phenomenon and finds out what inspires these everyday citizens to take the law into their own hands, as they try to make the world a better and safer place for all. Through candid interviews (including 88 year old Marvel Comics legend Stan Lee), amazing patrol footage, archival material and motion graphics, Superheroes packs a punch unlike anything audiences have ever seen.

"At points throughout the film audience members look on with incredulity at the confidence the subjects show in their personification of comic book memes."