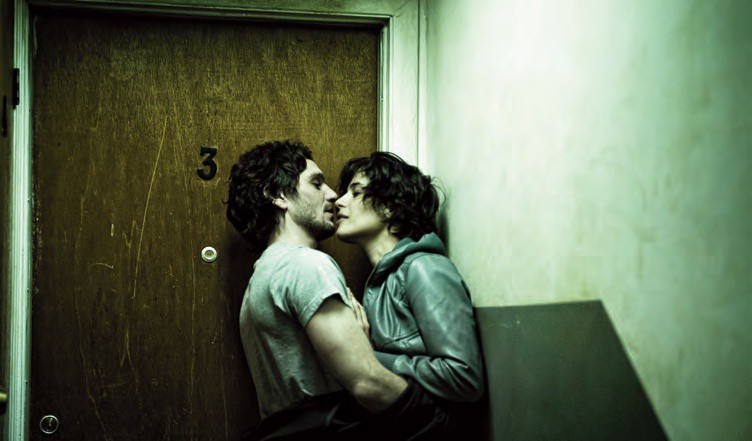 Clara and Nikolaï meet at a rave. They return to Nicolaï’s apartment and engage in 12 minutes of real-time, unsimulated intercourse. Afterwards, instead of parting, the two lovers divulge their deepest secrets to one another. Nicolaï is a beautiful loser, leading a simple and frugal life. He envisions big projects and has grand ideas but inevitably loses sight of them before they are realized.

Clara, like Nikolaï, seems not to be made for this world. She leads a double life: teaching third grade by day and by night a compulsive party-girl who goes out every night, gets drunk and high and sleeps with everyone she can.

An exploration of sex, intimacy and love, this is a film about despair, individualism and the anxieties of belonging. It exposes the potential of even the most fleeting encounters.

press for Nuit #1 (One Night Stand)

"Storoge and«de Léan«command attention while conveying a diverse and constantly shifting array of emotions...their interaction - both verbal and physical - is credibly charged with alternating currents of fear and desire, cynicism and longing."