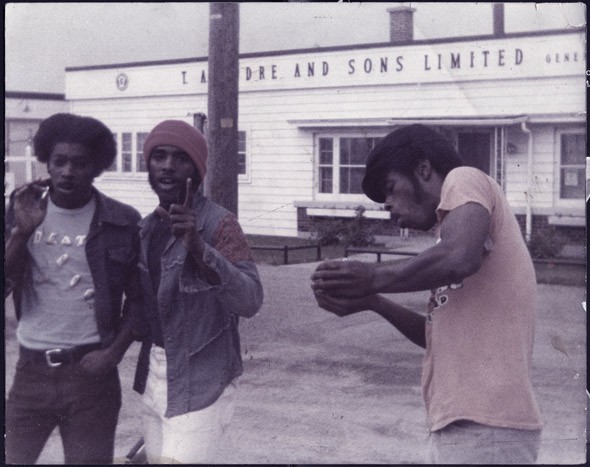 Before Bad Brains, the Sex Pistols or even the Ramones, there was Death. Formed in the early '70s by three teenage brothers from Detroit, Death is credited as being the first black punk band, and the Hackney brothers, David, Bobby, and Dannis, are now considered pioneers in their field. But it wasn’t until recently, when a dusty 1974 demo tape made its way out of Bobby’s attic nearly 30 years after Death’s heyday, that anyone outside a small group of punk enthusiasts had even heard of them.


Equal parts electrifying rockumentary and epic family chronicle, the story of Death is one of brotherly love and fierce, divinely inspired expression.

There will be a live concert following the screening featuring the band DEATH FROM DETROIT, at The Palomino Smokehouse located at 109 - 7 Ave SW. Tickets for concert are separate ($20) and can be purchased in advance at Sloth Records 736b 17th Ave SW.

press for A Band Called Death

"A moving testament to the enduring power of family ties and groundbreaking music."

"One of the best music documentaries to come out in years!"

Directors Jeff Howlett and Mark Covino and the band 'Death' In Attendance!