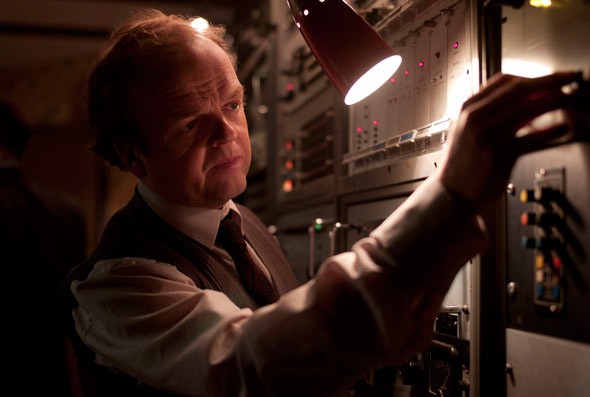 1976: Berberian Sound Studio is one of the cheapest, sleaziest post-production studios in Italy. Only the most sordid horror films have their sound processed and sharpened in this studio. Gilderoy, a naive and introverted sound engineer from England, is hired to orchestrate the sound mix for the latest film by horror maestro Santini. Thrown from the innocent world of local documentaries into a foreign environment fueled by exploitation, Gilderoy soon finds himself caught up in a forbidding world of bitter actresses, capricious technicians and confounding bureaucracy. As both time and realities shift, Gilderoy finds himself lost in an otherworldly spiral of sonic and personal mayhem, and has to confront his own demons in order to stay afloat in an environment ruled by exploitation both on and off screen.

"A treat for fans of vintage horror cinema and vintage sound gear, this [is a] stylish, darkly humorous thriller."

"If there's a movie made by a film geek for the pleasure of other film geeks at the festival this year, this is that film. A love letter to classic giallo and the artisans who created it, this looks to be fascinating, atmospheric stuff"