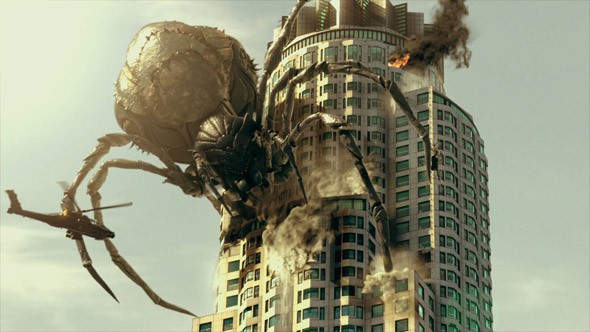 After a series of unfortunate events, a giant alien spider escapes from a military lab and rampages across the city of Los Angeles. When a massive military strike fails, it is up to a team of scientists and one clever exterminator (Greg Grunberg, TV’s Heroes) and a security guard to kill the beast. What follows is a riotous adventure as the bumbling exterminator and his security guard sidekick try to eliminate the alien arachnid before it destroys all of Los Angeles.

(Look for a cameo from cult movie icon Lloyd Kaufman!)

"BIG ASS SPIDER! is a blast from beginning to end."