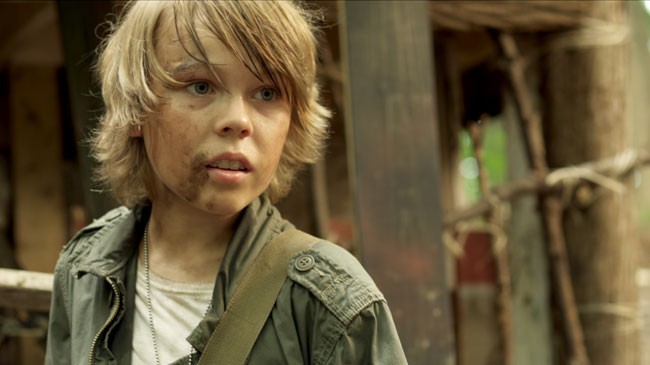 I Declare War is Stand By Me meets Full Metal Jacket as a group of 13-year-old friends play an innocent game of Capture the Flag in the neighborhood woods, arming themselves with nothing more than sticks and their imagination. The rules are simple: There are two teams each with one general. If you get hit with a red-paint-filled balloon, you’re dead, and if you die, you have to go home. The goal: capture the other team’s flag and bring it to your base. One afternoon the game takes on a more serious tone and the quest for victory pushes the boundaries of friendship, giving the would-be warriors a glimpse of the darker side of human nature as their imaginations take them beyond the rules of the game and into an adventure where fantasy blurs with reality.

press for I Declare War

"Vividly captures a point in time as a kid where everything was important, even the imaginary things."

"It’s a loving, fun, extraordinarily well-made celebration of the imagination and worldview of being thirteen. It’s sweet but never sentimental. I loved it."

A tale of one super hero's accidental and embarrassing moment as an exhibitionist.