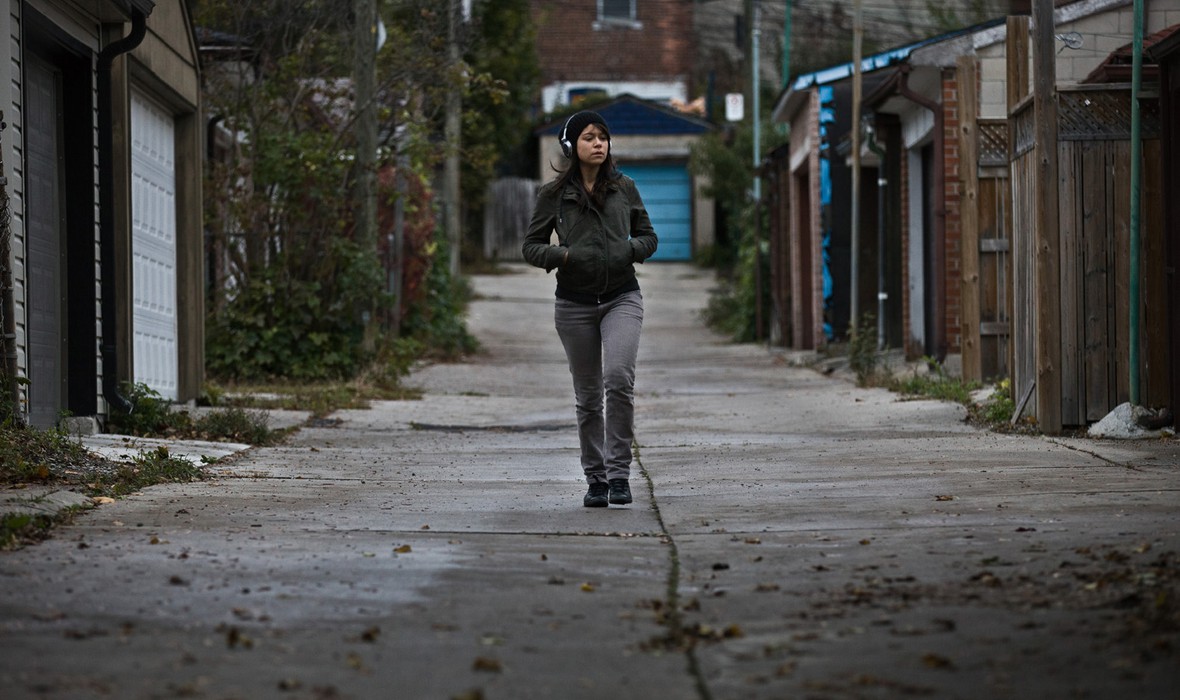 Forced to repeat her senior year of high school, Claire’s (Tatiana Maslany – Orphan Black, Heartland) reputation is sliding from bad-ass to bad joke. Armed with an acid tongue and shielded by ever-present headphones, Claire locks onto the only student clueless to her sordid rep: Henry (Spencer Van Wyck), a nerdy freshman she used to babysit. At night, Claire escapes to raucous concerts where she catches the eye of 33-year–old Jim (Steven McCarthy, frontman of The ElastoCitizens), a would–be rock star who feeds on young fans’ adoration. Jim leads her into an intoxicating world of hard-partying musicians, while at school, Claire takes Henry under her wing. She reinvents her dorky friend as the mysterious rebel, throwing Henry’s life into hilarious turmoil. As Claire dances across the surface of these relationships, she eventually learns hard lessons about the difference between sex, intimacy, and
friendship.

"One of the most charming and vibrant debut features by a Canadian filmmaker in recent memory."