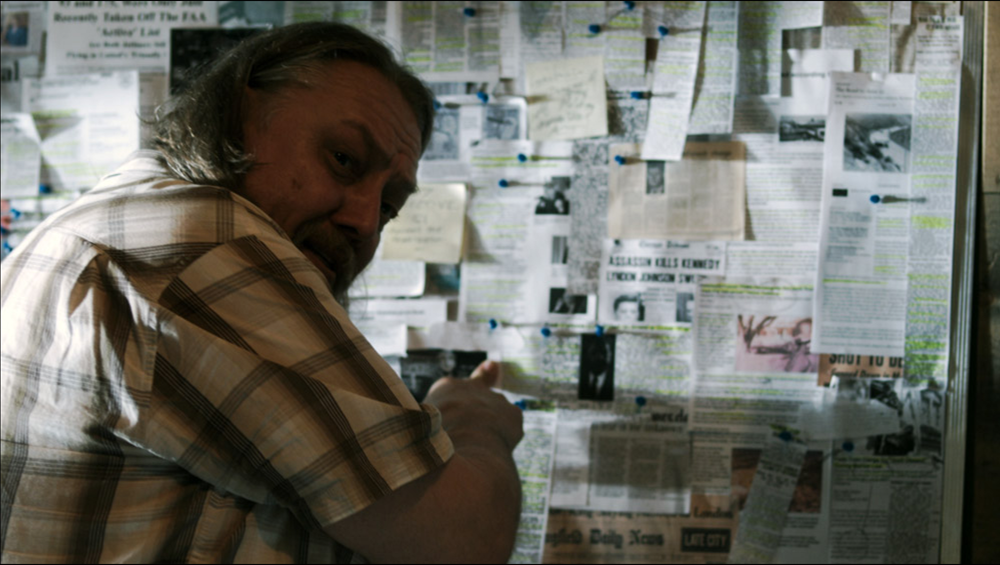 When two filmmakers select a crazed conspiracy theorist as the subject of their new work, the task seems simple enough: befriend him, gain his trust, and let his theories speak for themselves. Despite his street preaching, their subject proves to be an articulate and intelligent man. One prone to seeing patterns that others do not, but hardly the expected lunatic. Listen long enough and his arguments start to make a certain sort of sense. It’s enough to make you wonder if there’s some basis to what he’s saying.

And then he disappears. No word, no trace. While one filmmaker is prepared to walk away, the other becomes obsessed, and begins an obsessive effort to reconstruct his work.

A meticulously researched and cannily constructed bit of work, The Conspiracy blurs the lines between fact and fiction, deconstructing the distinction between truth and news, news and propaganda. It is a sly commentary on a world in which the medium really has become the message, where the most important question is not “What happened?” but “Who is telling us?”

press for The Conspiracy

"The Conspiracy taps into deeply-hidden fears, even as your brain is telling you not to pay attention to that man behind the curtain."

A father and son, on a hunting trip to repair their fractured relationship, find themselves under siege by a strange and horrifying creature.