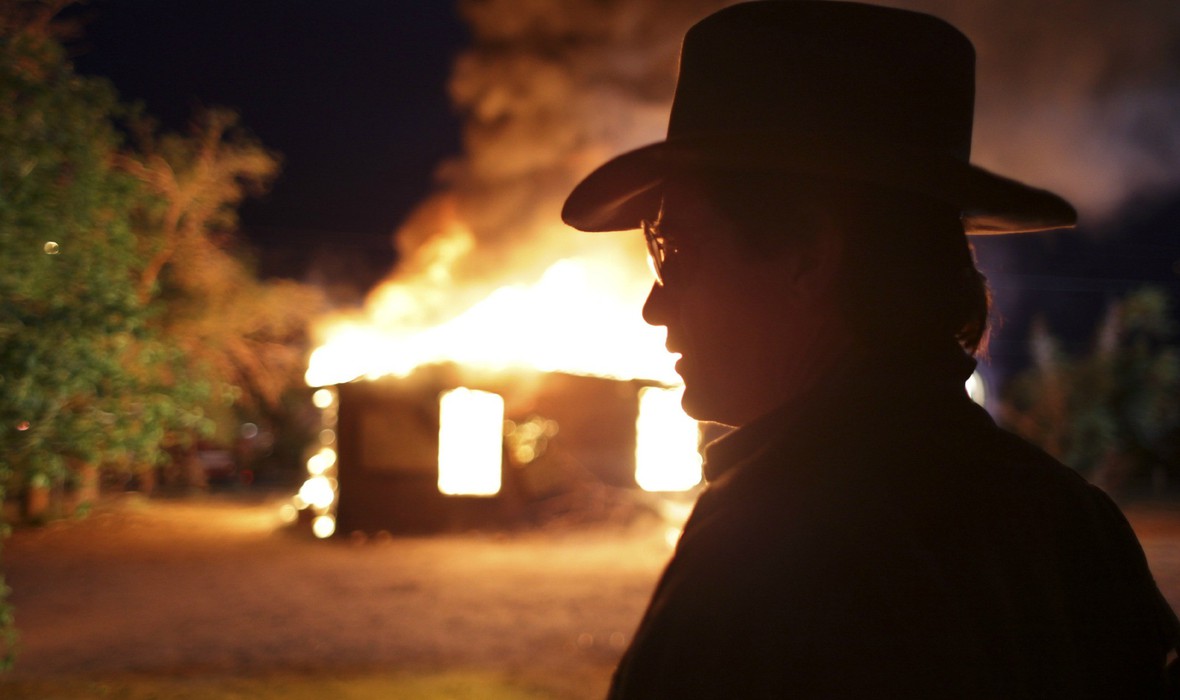 Upon release from prison, a solitary man known only as “the Rambler” embarks on a mysterious journey en route to reconnecting with his long-lost brother. Traversing treacherous back roads, lost highways, and isolated small towns, he unearths a multitude of bizarre and wickedly depraved slices of Americana. In this expansion of his short film of the same name, which screened at the Sundance Film Festival in 2008, writer/director Calvin Lee Reeder absorbs the audience into his surreal universe, complete with a rich visual palette and an
immersive soundscape.

Anchored by Dermot Mulroney’s brilliantly laconic lead performance, The Rambler is a nightmarish road movie filled with bizarre supernatural hallucinations, shocking episodes of violence, and enough dark humor that some twisted minds may even call it a comedy. No matter how you attempt to categorize this film, you’re not likely to find anything quite like it for miles around. – Sundance Film Festival

press for The Rambler

"If David Lynch and David Cronenberg teamed up with Werner Herzog early in their careers and made a movie together, it would have been Calvin Reeder’s The Rambler."

While a storm rages outside and Henry drinks his bottle of absinthe, he receives a television transmission...from his dead wife.