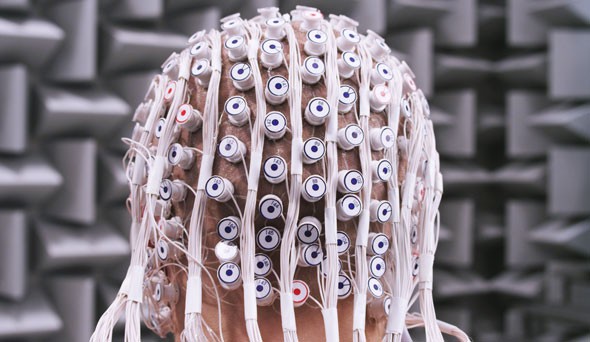 Lukas is assisting a scientific research team as a patient in a series of heavily monitored (and medicated) sensory deprivation experiments where he is attempting to make contact with Aurora, a young woman trapped in a comatose state. The experiment takes an unexpected twist when Lukas and Aurora develop a strong psychic link,which quickly evolves into a romantic, sexually charged relationship. As Lukas hides this data from his researchers, he and Aurora meet in a series of surreal dreamscapes created by their collective minds, but their union is doomed to collapse around them.
Exploring the tantalizing possibilities of forming a true, all-encompassing bond with one’s lover, Vanishing Waves is hypnotic, erotic, and wildly thought-provoking, transcending the science fiction genre and becoming one of the year’s most provocative films in the process.