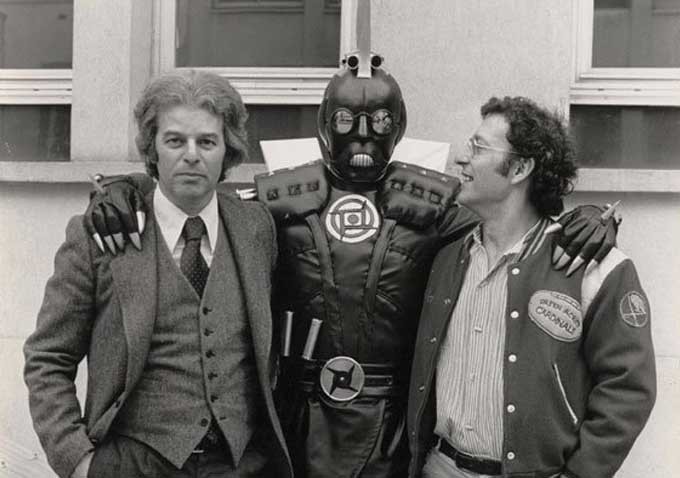 In 1975, Chilean director Alejandro Jodorowsky, whose films EL TOPO and THE HOLY MOUNTAIN launched and ultimately defined the midnight movie phenomenon, began work on his most ambitious project yet. Starring his own 12 year old son Brontis alongside Orson Welles, Mick Jagger, David Carradine and Salvador Dali, featuring music by Pink Floyd and art by some of the most provocative talents of the era, including HR Giger and Jean ‘Moebius’ Giraud, Jodorowsky’s adaptation of Frank Herbert’s classic sci-fi novel DUNE was poised to change cinema forever.


For two years, Jodo and his team of “spiritual warriors” worked night and day on the massive task of creating the fabulous world of DUNE: over 3,000 storyboards, numerous paintings, incredible costumes, and an outrageous, moving and powerful script.

"one of the most uplifting (and surprisingly funny…) docs about filmmaking ever, despite the lack of an actual film"