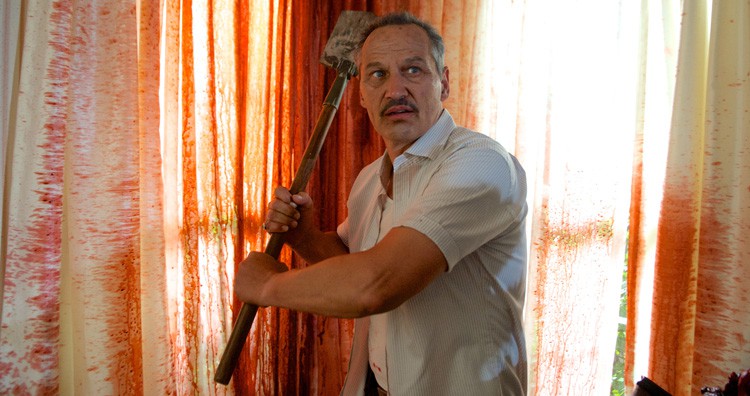 Crescent Bay is not the best place to live out one’s golden years. Once an idyllic retirement community, the secluded neighborhood has been beset by mysterious and deadly attacks.

When grizzled war veteran Ambrose McKinley moves in, the residents immediately take offense to his abrasive personality. But his take-no-prisoners attitude is just what he needs to survive as it becomes clear that the increasingly violent and patterned attacks are being caused by beasts that are neither animal nor man, and the tight-knit community of Crescent Bay is harboring something truly sinister in its midst…

In acclaimed director Adrián García Bogliano’s (HERE COMES THE DEVIL) first English Language film, nothing is what it seems when this 70 year-old blind war vet discovers that these deadly attacks may be the work of a mythical beast.

"If legendary bad ass Charles Bronson had made a werewolf movie, it would’ve been Late Phases."