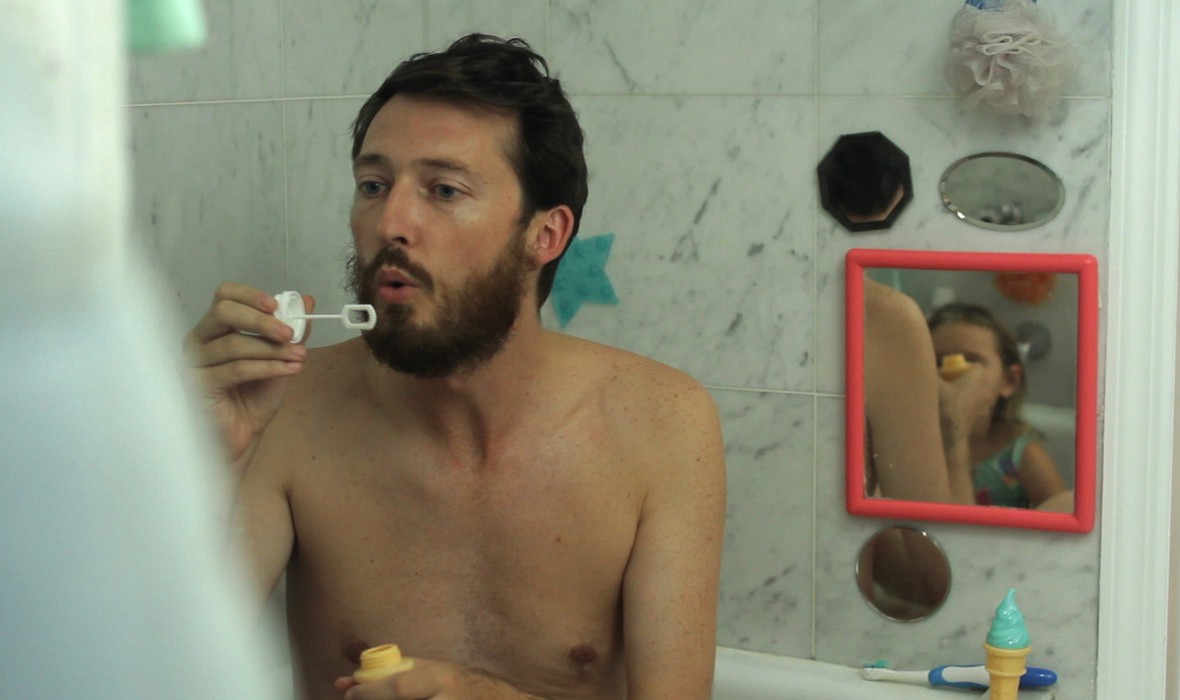 In a small New York apartment he shares with his wife, Leeward, an unusual and talented musician, composes songs with instruments he makes from his three year old daughter's toys.

His wife Mary is a hardworking nurse who dreams of only one thing: changing her life around. She resents her husband for being an irresponsible, overgrown adolescent incapable of holding down a job. Leeward is an atypical, idealistic musician who fancies himself a misunderstood artist and a New Age visionary.

Enter Lilas, a 19 year old French artist and daughter of a world famous painter, who's trying to make it in New York and get away from her overbearing mother. When the bubbly young woman moves into the couple’s tiny Chinatown apartment, their already fragile balance is upset even further.

'SWIM LITTLE FISH SWIM' is an endearing and playful look at the lives of struggling artists in New York City.