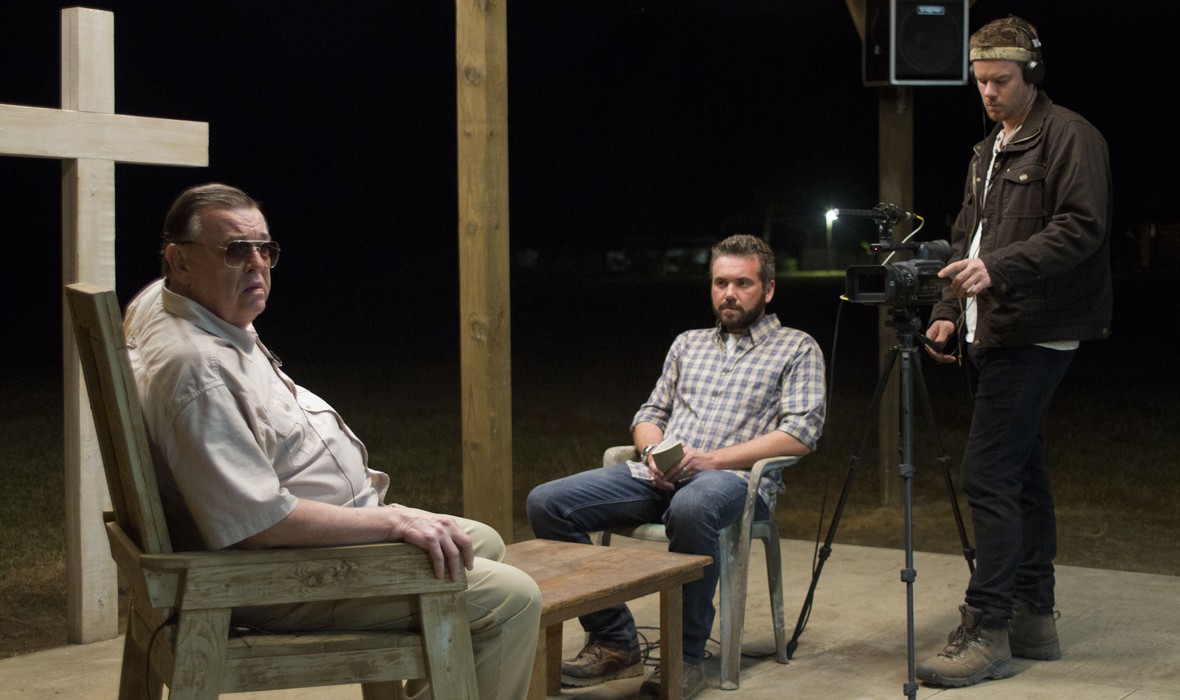 The latest from Ti West (THE HOUSE OF THE DEVIL, V/H/S), THE SACRAMENT follows a group of journalists shooting a doc about a man’s attempt to locate his missing sister.

Patrick is a fashion photographer. His colleagues at Vice magazine, Sam and Jake, catch wind of a letter he received from his estranged sister Caroline, who’s living in a “sober” commune at an unnamed location outside the United States. Figuring her story would be a great subject for a documentary, the three set off for a visit. While Patrick reunites with his sister, Sam and Jake investigate why members of the isolated community have followed a mysterious leader they call Father.

THE SACRAMENT is West's powerful take on suicide cults, and it shows a deep understanding of the hold a leader can have over a trusting populace. The film's charismatic Father is a clear stand-in for the infamous Jim Jones, who led hundreds to a mass suicide at Jonestown in 1978.

press for The Sacrament

"The ominous, pulsating drone of Bates’ music, the increasing agitation of West’s editing, and the raw, video-reporter edge of Eric Robbins’ nervy camerawork all contribute to manipulate the atmosphere into one of engulfing dread in a film that gets under "