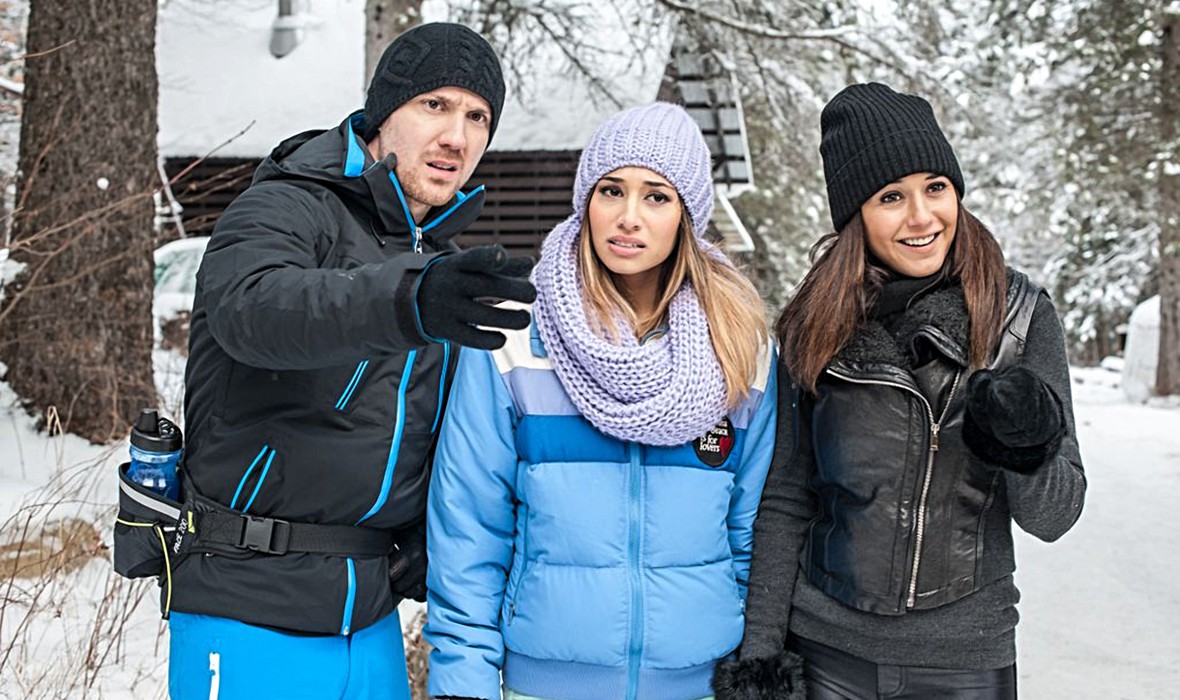 Carl (Sam Huntington) is a young, carefree game designer, whose plans to take his wife Sue (Meaghan Rath) on a romantic ski lodge trip in the majestic and snowy Laurentians of Quebec goes awry with saucily sexy and hilarious results in the romantic comedy THREE NIGHT STAND.

Carl doesn’t realize that the charming ski lodge is owned and operated by Robyn (Emmanuelle Chriqui), a former flame that he hasn’t quite excised from his past. Truth is, he’s obsessed with her. Things quickly go awry, and faster than you can say “Ski School”, the two former lovers are forced to confront their past feelings while dealing with their spouses and other assorted wacky characters at the lodge.

Much more than a typical romantic comedy, THREE NIGHT STAND goes to darker and more unexpected places while maintaining a racing, comedic spirit.

"Three Night Stand is a fun, over the top comedy"

"..Warm and amusing characters and a smart script that refuses to stoop to low brow or silly humour… the result is a surprisingly refreshing take on a genre we have seen many times before"

Charles Benzinger has an overwhelming desire to touch everyone he sees.