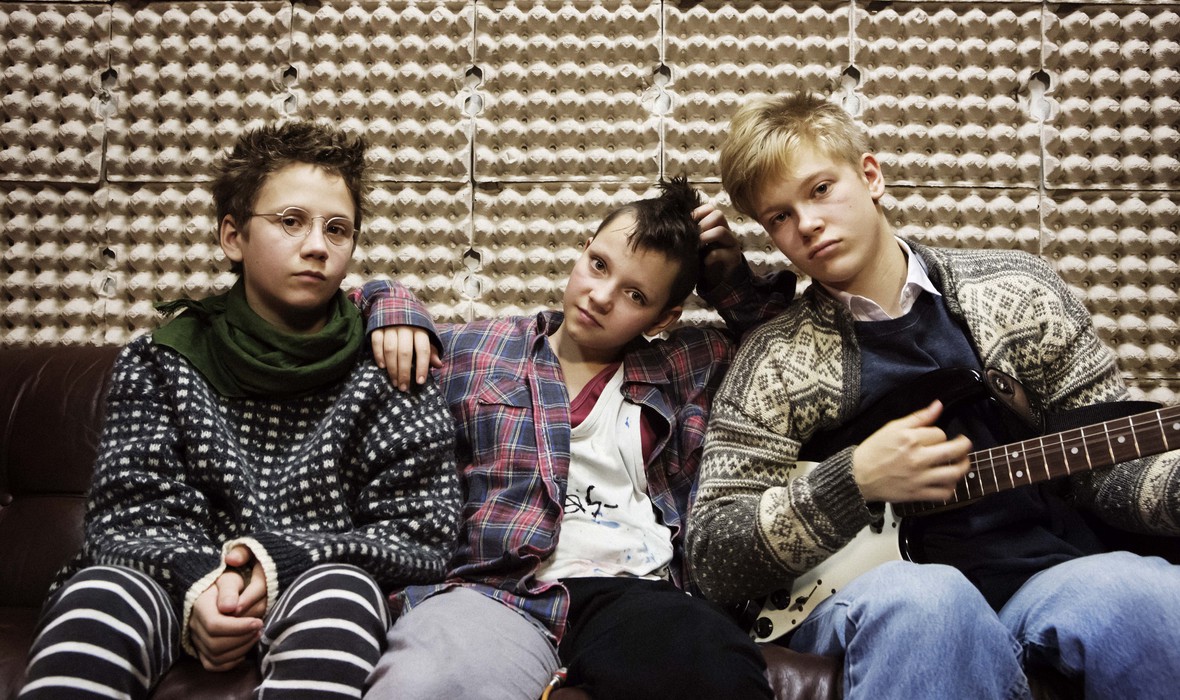 Everyone’s saying punk is dead, but apparently the girls haven’t heard the news. Taking a cue from every other punk great before them (it’s not knowing how to play that matters, just the attitude), the gang of preteen misfits starts their own loud and brash power trio. The girls not only discover the perfect outlet for their rebellious leanings, but the limits of tolerance from the square adults around them.

Newcomers Barkhammar, Grosin, and LeMoyne deliver anarchic and inspired performances in a crowd-rousing, coming-of-age drama that’s both hilarious and heartwarming, in the spirit of classic and contemporary films like Suburbia and Short Term 12.

Directed by the provocative Swedish auteur Lukas Moodysson (TOGETHER, SHOW ME LOVE) WE ARE THE BEST! is an adaptation of the graphic novel written by his wife Coco.

Following the matinee screening on Sunday April 13 - free punk rock show at Local 510 featuring Ok! Jazz and The Shiverettes. 4pm - 6pm. Everyone is welcome to attend.

press for We Are The Best (VI ÄR BÄST!)

"This is a movie for reveling in the fun of being a kid. And celebrating the punk spirit"