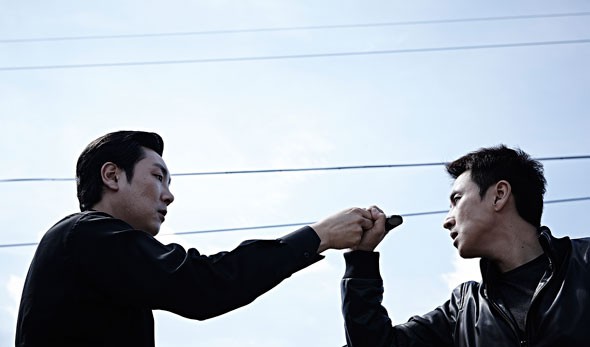 A divorce notice from his wife. His mother dies. An alleged embezzlement investigation at his office. Committing a fatal car crash. These all happen to Detective Go Geon-soo in one hard day. Trying to coverup the car accident, the police detective uses his deceased mother's coffin to hide the corpse of the victim and flees the scene. Soon after Go Geon-soo gets a mysterious call from a supposed witness to the hit-and-run and he realizes that someone has been watching him all along.

This South Korean crime action thriller film was selected to compete in the Directors' Fortnight section of the 2014 Cannes Film Festival.

DIRECTOR BIO:
Kim Seong-hun was born in South Korea. He got his start in features as an assistant director on OH: HAPPY DAY (2003), and was writer and first AD on HE WAS COOL (2004). His made his debut as writer-director with HOW THE LACK OF LOVE AFFECTS TWO MEN (2006).

press for A Hard Day

A woman's vehicle is missing from a downtown parking garage. While investigating, two security guards discover a glitch between life and death.