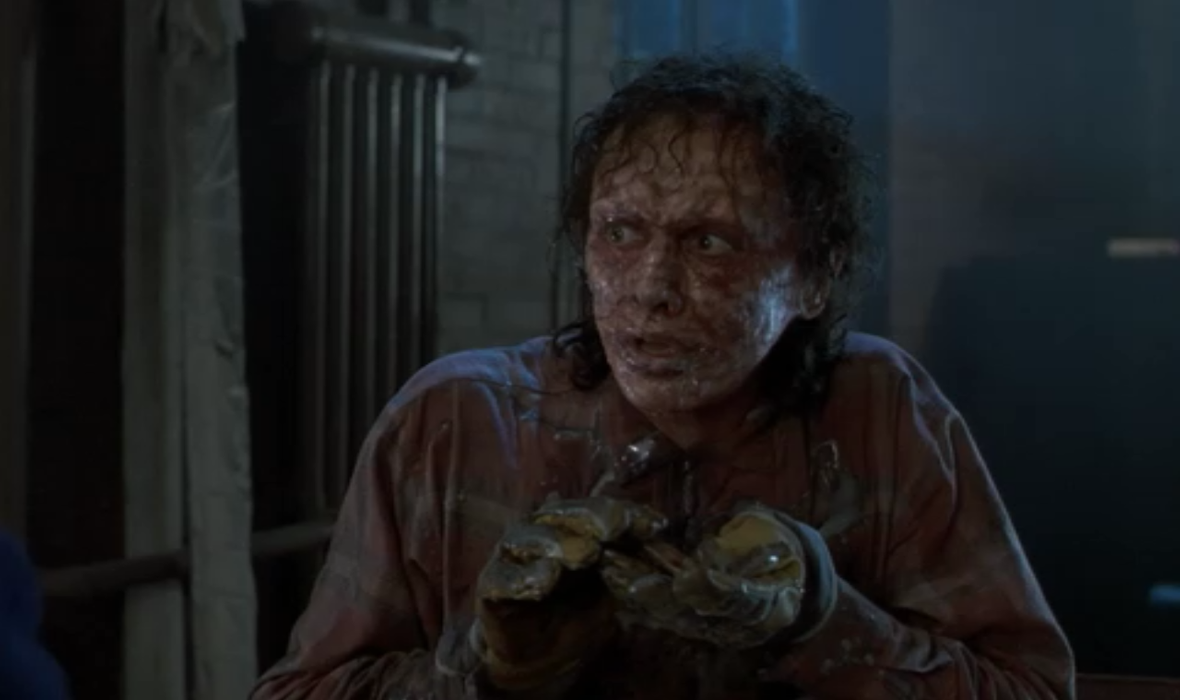 PLAYING AS DOUBLE FEATURE WITH VIDEODROME

A gifted scientist (a never-better Jeff Goldblum) creates a teleportation device in which he decides to test on himself. Unbeknownst to him, a housefly slips in during the process, leading to a merger of man and insect. Initially, Brundle appears to have undergone a successful teleportation, but the fly's cells begin to take over his body. As he becomes increasingly fly-like, Brundle's girlfriend (Geena Davis) is horrified as the person she once loved deteriorates into a monster.
Cronenberg’s most famous film, this masterpiece, a sci-fi remake of the ‘50s Vincent Price cult classic, still packs a gooey and visceral punch. Though Cronenberg doesn’t like to call his work “body horror”, the wildly inventive special effects in THE FLY still have the power to shock and terrify.