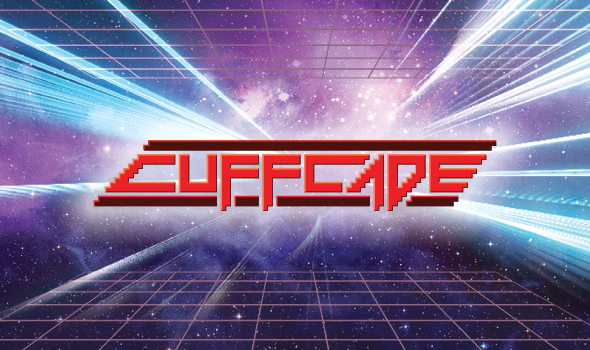 Visit our brand new CUFFcade, located in the mezzanine level of the Globe Cinema during the entire festival. We have designed five cabinets, each to accommodate a local, or Canadian video game for you to play.

Game: COSMOCHORIA
Developer: Nate Schmold
Location: Vancouver Island, British Columbia
Website: cosmochoria.com
Available on: Steam, Humble Store
Platforms: Mac, PC, Linux
Description: Cosmochoria is a love letter to old-school action / arcade games like Asteroids, Mario Bros. and Sinistar. You play the role of a tiny pink naked cosmonaut who 'finds himself' in a distant galaxy. While no story is immediately apparent, consecutive games will begin to reveal some of the deeper mysteries surrounding the universe around you. You are free to roam the galaxy in search of these secrets, or to remain on a single planet, establishing a home base to fight aliens and tend to your galactic garden while building up a high score.

Game: GUN
Developer: Kitty Lambda Games, Calvin French
Location: Calgary, Alberta
Website: kittylambda.com
Available on: Never gonna be available except at indie arcades!
Platforms: Exclusively for CUFFcade and Winnitron 2000.
Description: “Are you sure he came in here?” “Yeah, I saw him come in.” Always bring a friend in GUN, a 2-player action maze game where you are on a mission to beat the Scary Warehouse. What lurks inside? Robots.

All ages.
Come play games between films between April 13-19.