Hard To Be A God 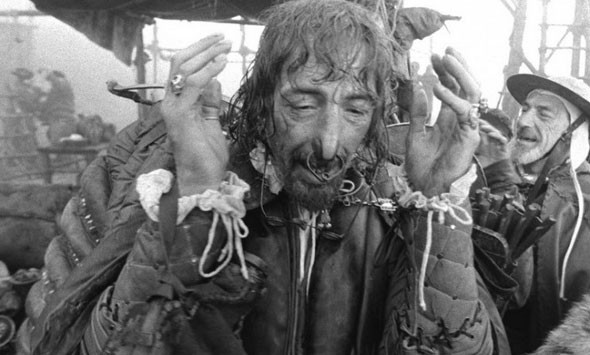 The final project of Russian filmmaker Aleksei Yuryevich German, HARD TO BE A GOD is a philosophical science-fiction epic inspired by the 1964 cult novel written by brothers Boris and Arkady Strugatsky. Set on a planet stuck in the Dark Ages, HARD TO BE A GOD depicts a black and white world filled with violence, filth and crudeness, standing in as a metaphor for our own times.

Nearly finished at the time of his death in 2013, the Russian director's magnum opus was completed with the assistance of his son and wife. At its premiere at the Rome Film Festival HARD TO BE A GOD screened alongside the presentation of a Lifetime Achievement Award to Aleksei Yuryevich German, the first time in the history of European festivals that a Lifetime Achievement Award was conferred posthumously.

press for Hard To Be A God

"Some 15 years in production, the film has taken on almost mythic status for cinephiles salivating at the prospect of its completion."