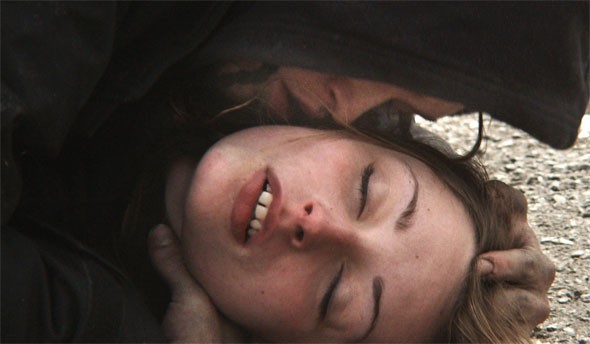 Harley loves Ilya. So when Ilya asks Harley to prove her love by slitting her wrists, she obliges with only mild hesitation, perhaps because of her other all-consuming love: heroin.

In HEAVEN KNOWS WHAT Arielle Holmes is Harley in her searing film debut, based on her real-life story of heroin addiction and scraping by on the streets of New York City.

DIRECTORS BIO:
Josh and Benny Safdie were born and raised in New York City. Their work has earned them multiple festival jury awards, FIPRESCI’s, Independent Spirit and Gotham Awards. Their films have been released all over the world, premiering at international film festivals including Cannes, Sundance, Venice and SXSW.

press for Heaven Knows What