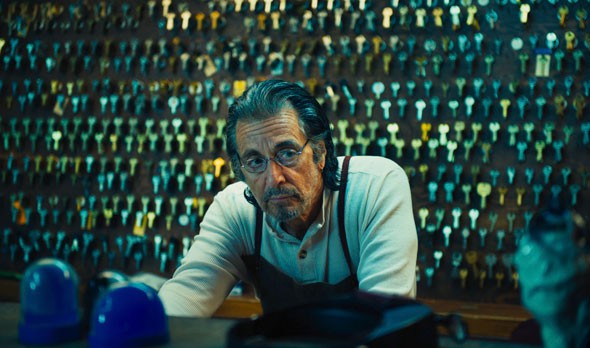 Al Pacino delivers one of his most restrained and deeply soulful performances in Manglehorn. He plays a charmingly shaggy locksmith who spends his days tending shop, flirting with bank tellers and mourning the loss of woman from his past. David Gordon Green (JOE, PINEAPPLE EXPRESS, ALL THE REAL GIRLS) proves once again that he has an unmatchable eye when it comes to soaking in and appreciating the world’s eccentrics, outcasts and lovable weirdoes. Combined with exemplary supporting turns from Holly Hunter and Chris Messina, MANGLEHORN is singular, heartfelt and just weird enough to be stuck in your mind long after the movie ends. Essential viewing for Harmony Korine's bonkers turn alone. We're talking early Danny McBride-esque, people!

DIRECTOR BIOGRAPHY:
David Gordon Green is an American filmmaker. He has directed dramas such as PINEAPPLE EXPRESS, JOE, GEORGE WASHINGTON, ALL THE REAL GIRLS and SNOW ANGELS.

"Fascinating to those of us willing to let its meditative currents take us through a mosaic of moods, mysteries, magic and melancholy"

"There's no doubting the craft of director [David Gordon Green], who continues to prove himself one of the less predictable and most skilled craftsmen around."