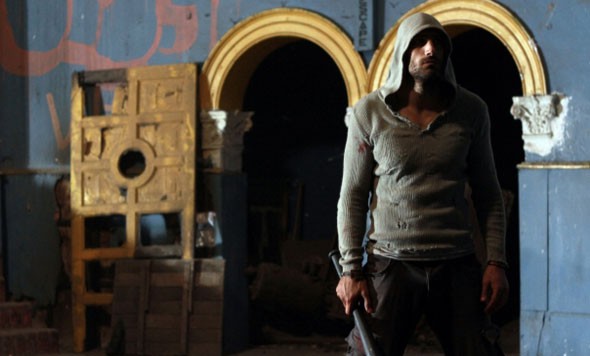 A former hit-man for a drug cartel, Pardo (Chilean action star Marko Zaror) has made a deal with God to hunt down the men he used to work for. Now a vigilante paying for his sins, the troubled man seeks redemption by stoping criminals and giving them one chance to ask for forgiveness.

DIRECTOR BIO:
Ernesto Díaz Espinoza is a Chilean genre director, screenwriter and editor. He is known as a pioneer of action cinema in his country.

"A fun action movie filled with great moments that isn’t afraid of getting its hands dirty violence-wise."

"Marko Zaror still kicks ass and the cinematography is gorgeous."

On a random road while in search of food and cigarettes, three friends end up at a small, deserted village.