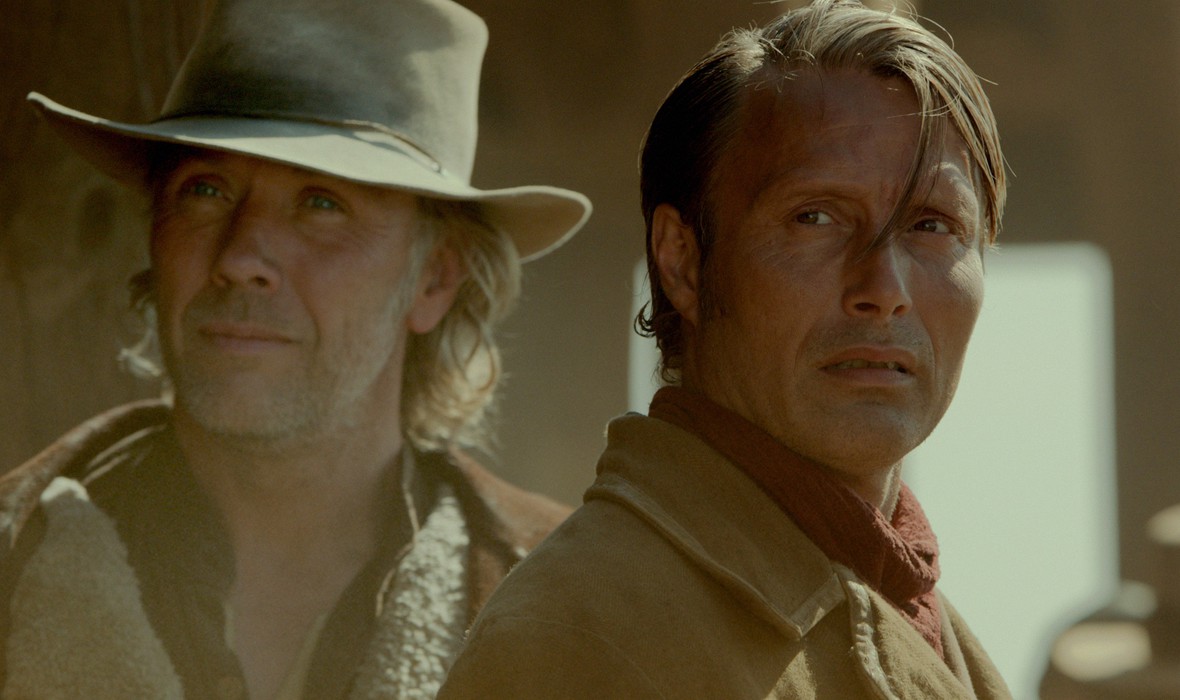 The mighty Mads Mikkelsen stars in Kristian Levring’s THE SALVATION,  a white-knuckle tale of revenge set circa 1871 in the Wild West.  Exploding  with eye-popping action, dramatic landscapes – and a smoldering performance  by Eva Green – the film is a rip-roaring saga of sin and redemption.

Jon (Mikkelsen) is a Danish ex-soldier, who immigrated to America with his  brother (Mikael Persbrandt), seeking a better life after Denmark’s loss to  Germany in 1864.  Seven years later, his wife and son have come to join him,  only to be murdered on the way to their new homestead.  When Jon lays waste  to the scoundrels responsible, he incurs the wrath of local gang leader Delarue  (Jeffrey Dean Morgan) who takes out his anger on both Jon and the cowardly  townspeople.  Only Jon and his brother are willing to stand up to Delarue.

Among the townsfolk are the mayor-undertaker (Jonathan Pryce) and sheriff- preacher (Douglas Henshall) who would rather sacrifice others than fight  back.  Also in the mix is Delarue’s widowed sister-in-law (Green) who is mute  and scarred (due to an Indian attack) yet still beautiful and desired by Delarue .

DIRECTOR BIOGRAPHY:
Kristian Levring was one of the four co-founders of the Dogme95 movement. His own Dogme film THE KING IS ALIVE premiered in Un Certain Regard at Cannes 2000. He has since made genre-defying films ranging from a period drama (THE INTENDED) to a thriller (FEAR ME NOT) and now a western.

press for The Salvation

"The Salvation is a hell of a lot of fun, and consistently intellectually and emotionally rewarding. "