Theory of Obscurity: A Film About the Residents 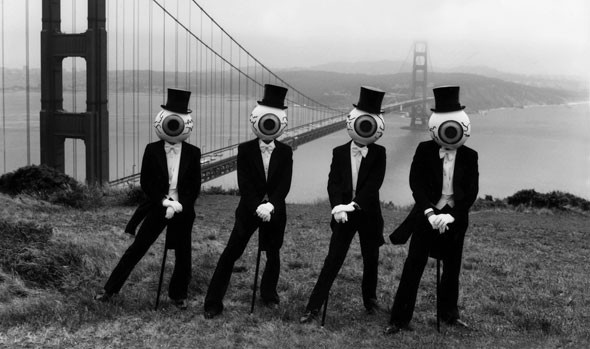 THEORY OF OBSCURITY tells the story of the renegade sound and video collective from San Francisco, The Residents. A story that spans over 40 years and is clouded in mystery, many details surrounding the group are secret, including the identities of its members. The Residents have released more than 60 albums, and always perform wearing masks and costumes creating legendary stage shows now seen as works of art. The multimedia pioneers led the way in home recording, video production, animation, CD-Rom, laserdisc, podcasts, webseries and music videos.

For this documentary the filmmakers interviewed artists [The Residents'] inspired like Les Claypool from Primus and Matt Groening, the creator of The Simpsons, and were granted unprecedented access to the groups’ archival materials and recent world tour celebrating their 40th anniversary.

DIRECTOR BIOGRAPHY:
Don Hardy is the co-founder of KTF Films, a documentary production company based in the San Francisco Bay Area.

Peter On Your Mind