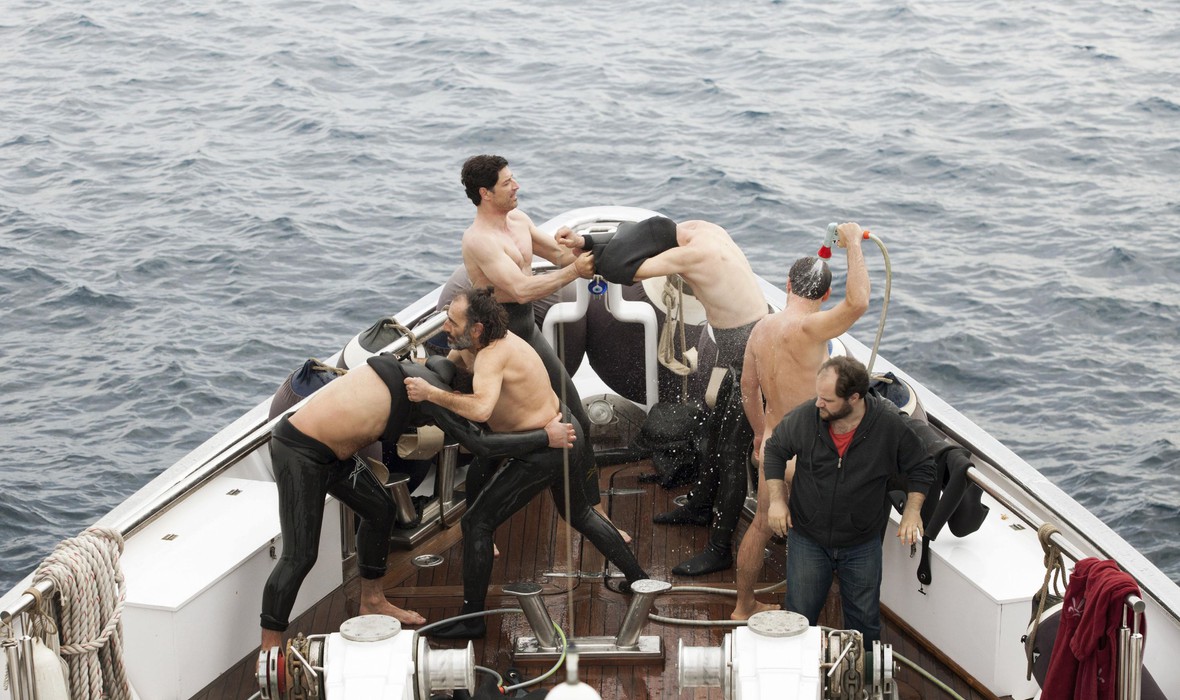 In the middle of the Aegean Sea, on a luxury yacht, six men on a fishing trip decide to play an absurdist game rooted in measuring male antagonism to kill time. By the the end of their voyage, when the game is over, the winner will be crowned the best man. He will be awarded the victorious signet ring: the “Chevalier”, which he will proudly adorn on his finger.

Co-written by Efthimis Filippou (ALPS, THE LOBSTER, DOGTOOTH), CHEVALIER follows up the success of Greek New Wave Director Athina Rachel Tsangari's 2011 CUFF selection ATTENBERG. Her latest explores the male psyche, creating an original and witty buddy movie, where the men are anything but friends.

DIRECTOR'S BIO
Athina Rachel Tsangari's sophomore feature ATTENBERG premièred in competition at the 2010 Venice Film Festival, where it won the Coppa Volpi Award for its lead, Ariane Labed, and went on to win several directing and best film awards at festivals worldwide. She is the co-founder of Haos Film, a filmmaker-run production company based in Athens.

"CHEVALIER offers further proof of Tsangari’s status as one of the most innovative chroniclers of human behavior working today."