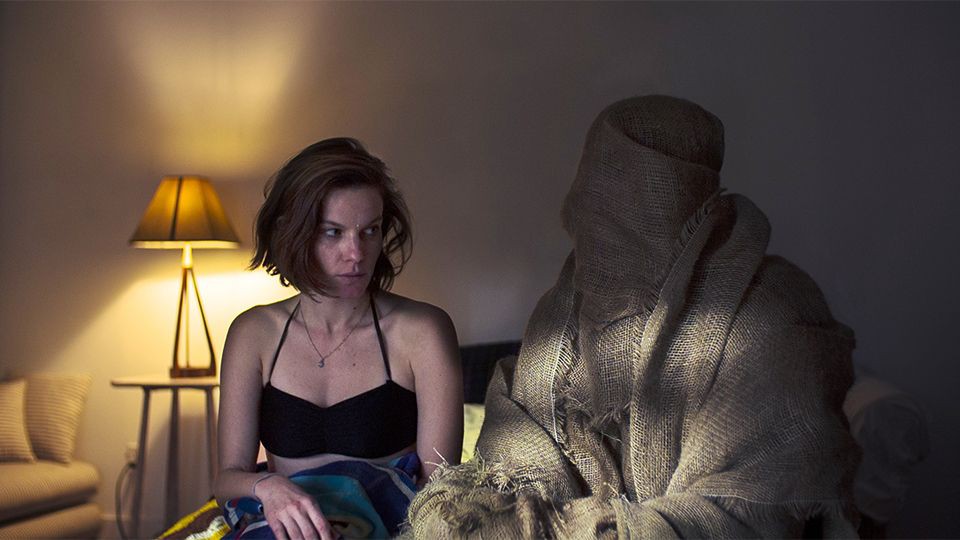 Escaping to the Hamptons with friends after a bad breakup, awkward 20-something Ruth (Lindsay Burdge, CUFF 2015 Selection THE MIDNIGHT SWIM) finds an unexpected connection with Michael, a stranger who shows up in her room one boozy night. There’s only one problem: Michael is a ghost, and a one night stand with him leaves Ruth with aftereffects that can only be described as supernatural. As she suffers through mucous-laden night sweats, glitchy hallucinations, and the occasional tar-black ooze, Ruth must figure out for herself if she can reintegrate into society – or if she even wants to.

DIRECTOR'S BIO
Harrison Atkins was born in Santa Fe and is currently based in Brooklyn. His shorts include CHOCOLATE HEART and BLISSFUL BANQUET. LACE CRATER is his feature debut.

"With a debut this memorable ... Atkins will be one to watch."