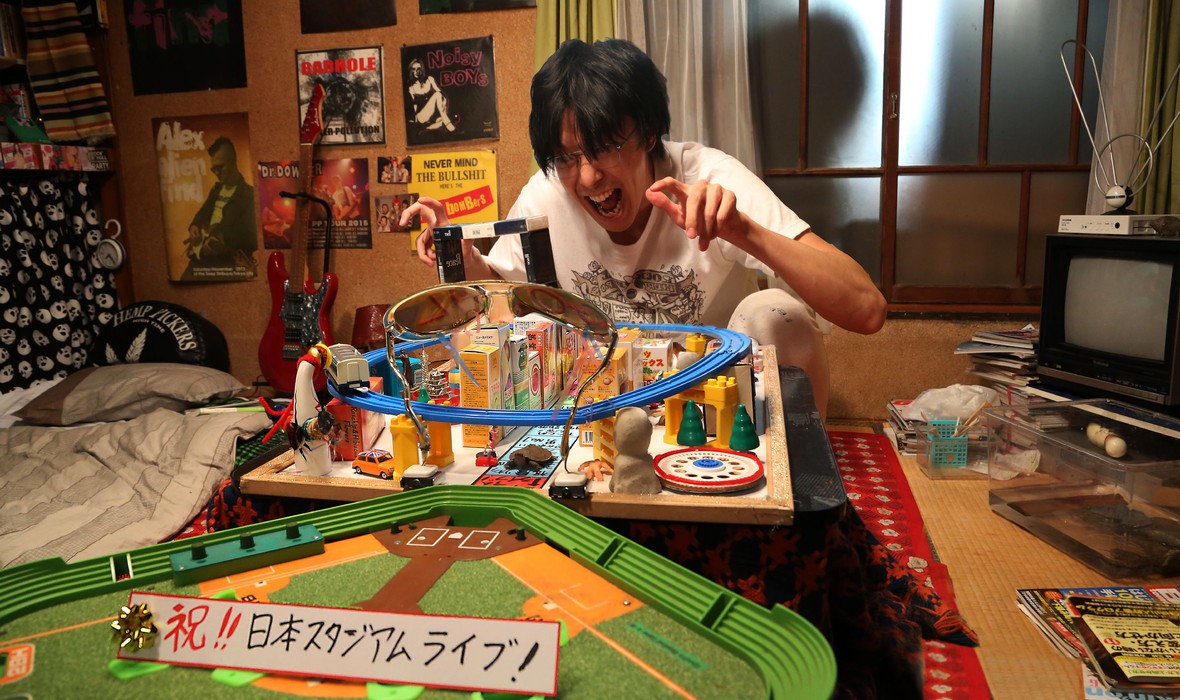 Acclaimed Japanese Director Sion Sono (LOVE EXPOSURE, COLD FISH and the CUFF 2014 selection WHY DON'T YOU PLAY IN HELL?) returns with LOVE & PEACE, based on his original screenplay, written 25 years ago.

Set in Tokyo, failed musician Ryoichi Suzuki (played by Hiroki Hasegawa) works for a company that sells musical instrument components. His life is frustrating and miserable until one day Ryoichi finds a little pet turtle for sale. Their eyes meet. He knows that it's fate, that the turtle is his missing piece. He is convinced that the turtle will make his life full again. Ryuichi's luck starts to change but quickly spins out of control, triggering an unexpected chain of events with drastic implications for Japan.

LOVE & PEACE is a departure from Sono's recent radical and shocking films, yet like Sono's other films, the pace of the story is lightning-fast and larger than life, with down-and-out characters craving love and acceptance.

DIRECTOR'S BIO
Sion Sono is a Japanese filmmaker, author and poet. As a student he shot a series of short films in Super 8 and made his first feature films in the late 1980s and early '90s. Now an established cult and underground filmmaker, his recent films include LOVE EXPOSURE, COLD FISH and GUILTY OF ROMANCE.

"Sono's most unabashedly entertaining, and thus perhaps his most successful film."

An elderly couple runs out of water for their fishtank. The wife struggles until the husband unwillingly assists.