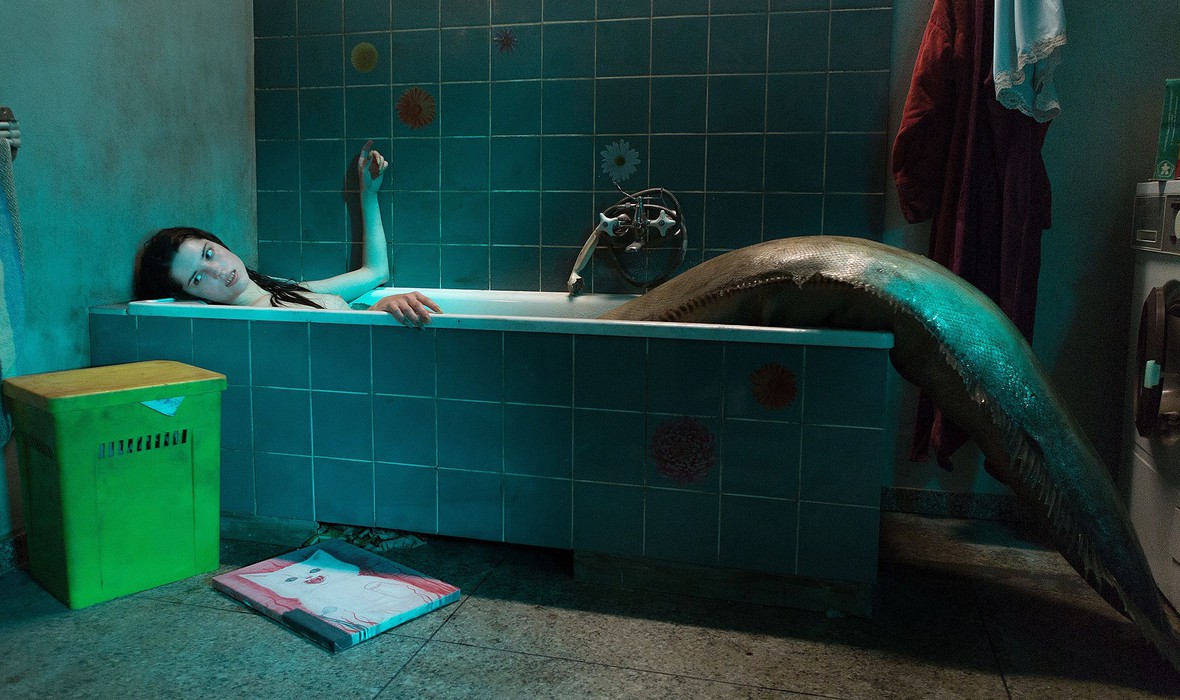 In this 1980s-set musical horror fantasy, two mermaid sisters swim out of the sea into a Warsaw nightclub. The sisters – Silver and Gold – are wild, sexy and hungry to experience human life. Performing together in the club, they become overnight stars. Playing on mermaid tropes and legend, when one of the sisters falls in love with a handsome young bass player she soon undergoes physical changes, questioning their sisterly bond. Inspired more by Homer and Hans Christian Andersen than Disney in terms of mermaid tales, these mermaids don't wear bras, but they do chew on human hearts. The first feature film from female director Agnieszka Smoczynska, THE LURE finds the perfect balance of grotesque and charm while remaining utterly unique.

DIRECTOR'S BIO
Agnieszka Smoczynska is a graduate of the Silesia University Department of Film Directingat the Krzysztof Kieslowski Film School in Katowice. In 2007 she directed ARIA DIVA written by Robert Bolesto, the screenplay writer of THE LURE. The film won multiple awards at film festivals in Cracow and New York. THE LURE is Smoczy?ska's first feature and was awarded the Best Debut Feature and Best Make-up awards at the at the biggest Polish film festival in Gdynia.

press for The Lure

"THE LURE is a genre hybrid that melds melodrama, horror, fantasy and musical elements into a singular coming-of-age tale."

"A wildly assured debut and a primal jolt of honest-to-God originality that demands to be witnessed."

Musician/performance artist Peaches tries to shed a monster from her past.