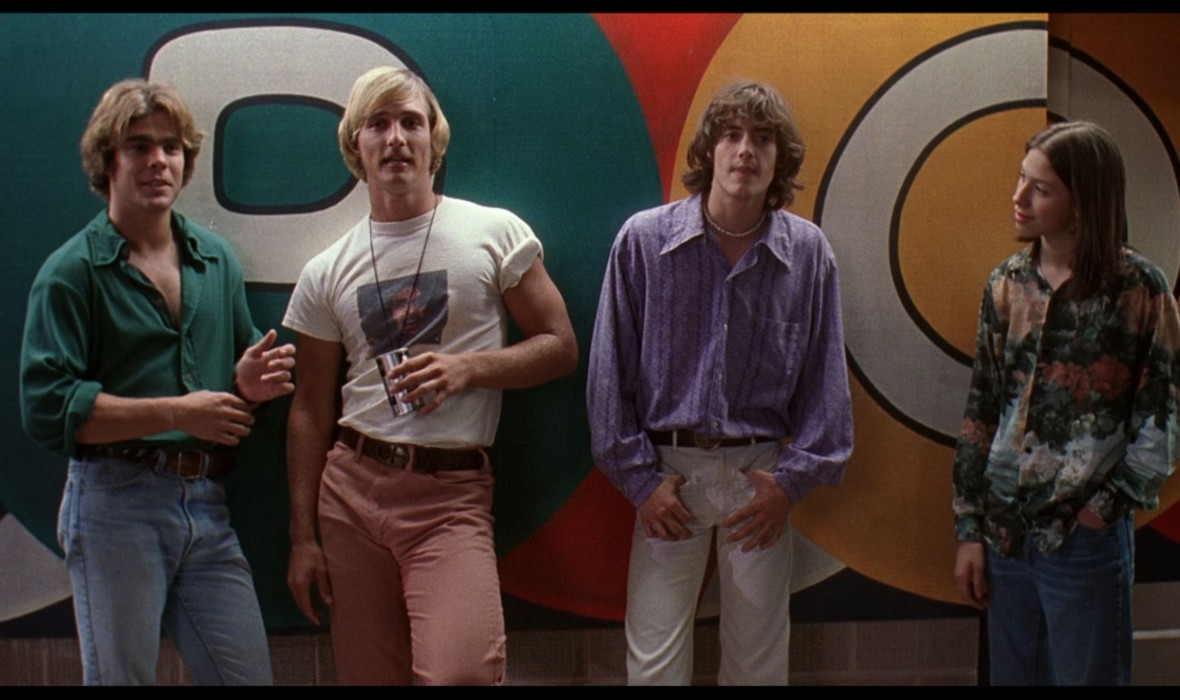 America, 1976. The last day of school. Bongs blaze, bell-bottoms ring, and rock and roll rocks. Among the best teen films ever made, Richard Linklater’s DAZED AND CONFUSED eavesdrops on a group of seniors-to-be and incoming freshmen. A launching pad for a number of future stars, Linklater’s first studio effort also features endlessly quotable dialogue and a blasting, stadium-ready soundtrack. Sidestepping nostalgia, DAZED AND CONFUSED is less about “the best years of our lives” than the boredom, angst, and excitement of teenagers waiting for something to happen. – Criterion

Linklater also serves as the Artistic Director for the Austin Film Society, which he founded in 1985 to showcase films from around the world that were not typically shown in Austin. Now one of the nation’s top film organizations, The Austin Film Society shows over 200 films a year, has educational programs, and has given out over $1,500,000 in grants to Texas filmmakers since 1996.

18+ Licensed Screening
ON SATURDAY APRIL 16 SEE BOTH SLACKER & DAZED AND CONFUSED FOR $10!
102 minutes