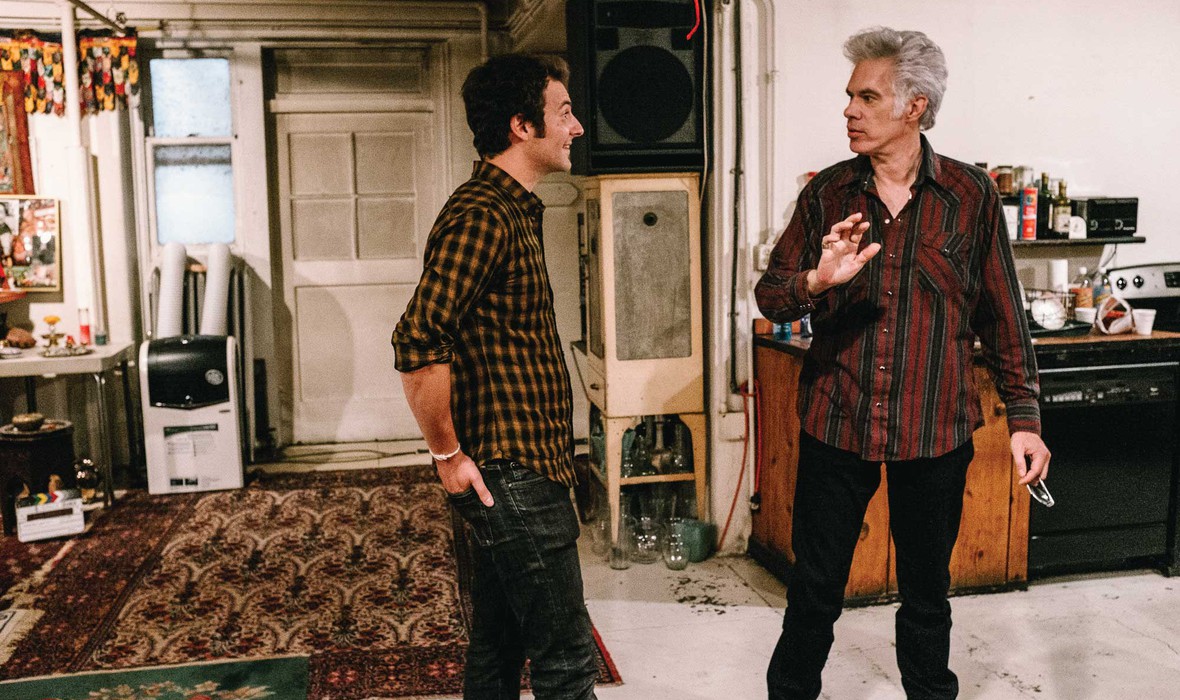 The story of New York filmmaker Howard Brookner whose work captured the late 1970’s and early '80’s cultural revolution—and his nephew’s personal journey 25 years later to discover his uncle’s films and the legacy of a life cut short by the plague of AIDS.

Howard's body of work was buried in William S. Burroughs’ bunker for 30 years, including more than 300 cans that offer a glimpse at Howard’s life and career. Among them are outtakes from his 1983 debut BURROUGHS: THE MOVIE, the first and most revealing film about the iconic writer.

Through conversations with family and friends – including Jim Jarmusch, Tom DiCillo, and Sara Driver – and long-lost footage and archival photos of William Burroughs, Patti Smith, Allen Ginsberg, Andy Warhol, John Waters, and more, comes an exploration of the cultural revolution, a bankrupt New York City, the eruption of the AIDS plague, sex, drugs, politics, and the artistic determination of a filmmaker who died well before his time.

DIRECTOR'S BIO
Aaron Brookner is a director and screenwriter born in New York City. He began his career working on Jim Jarmusch’s COFFEE AND CIGARETTES and Rebecca Miller’s PERSONAL VELOCITY before making the award-winning documentary short THE BLACK COWBOYS. In 2011 Brookner initiated a project to find and restore the films and archive material of his late uncle and earliest filmmaking influence, director Howard Brookner. The undertaking lead to the successful recovery and restoration of the cult classic BURROUGHS: THE MOVIE, about beat generation icon William S. Burroughs.