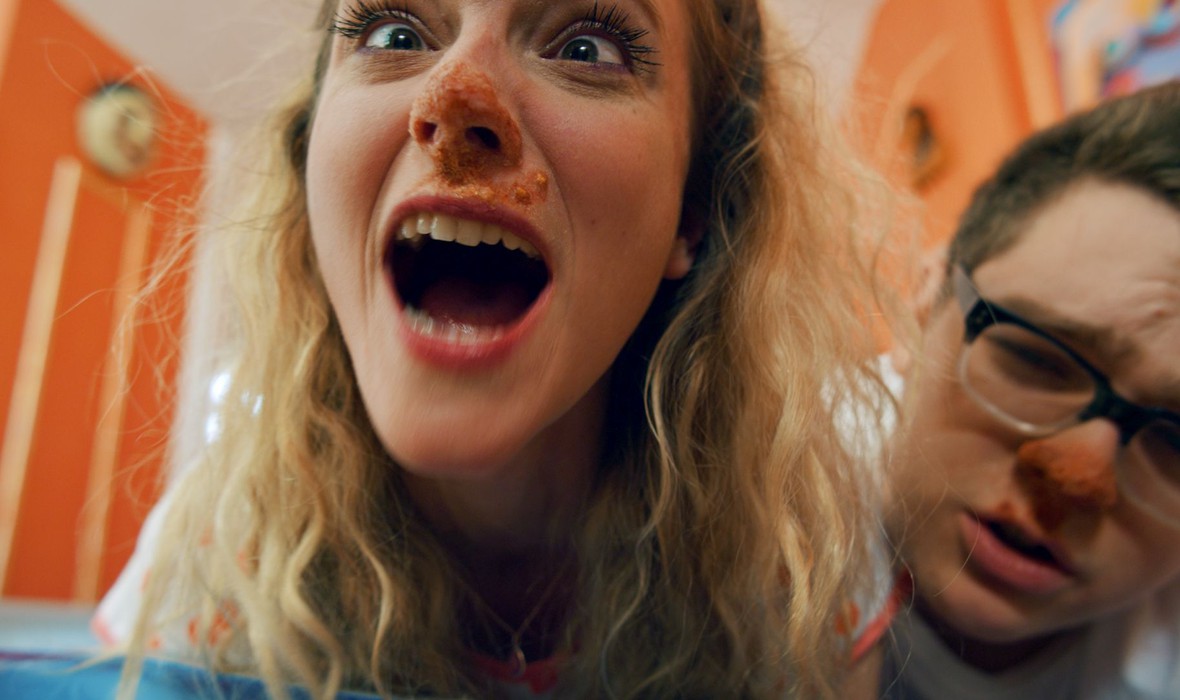 Adah (Betsey Brown, CONSENT) and Aaron (Jack Dunphy, CHEKHOV) are recovering addicts who are finding it difficult to stay sober while surrounded by relationships full of drugs and temptation. After meeting each other in their psychoanalyst’s waiting room, they begin a lurid lifestyle as they relapse on poppers and fall in love. Overcome by the evil influence of none other than Mephistopholes, they embark on a journey to fulfill the demon’s bidding, chase a neverending high – and, quite possibly, become the biggest assholes in New York City.
This explicit dark comedy comes from the mind of Peter Vack (MOZART IN THE JUNGLE). In addition to writing and starring in the film, alongside his real-life family in several major roles, ASSHOLES marks his feature film directorial debut.

DIRECTOR'S BIO
Peter Vack is an actor and filmmaker from New York City. His award-winning short film SEND premiered at SXSW and went on to play over a dozen other film festivals including AFI Fest. Vack was named a Sundance Institute Feature Film Fellow and an IFP Emerging Storyteller for his screenplay www.rachelormont.com. ASSHOLES is his first feature.

"It’s fucking hilarious and has SXSW written all over it."