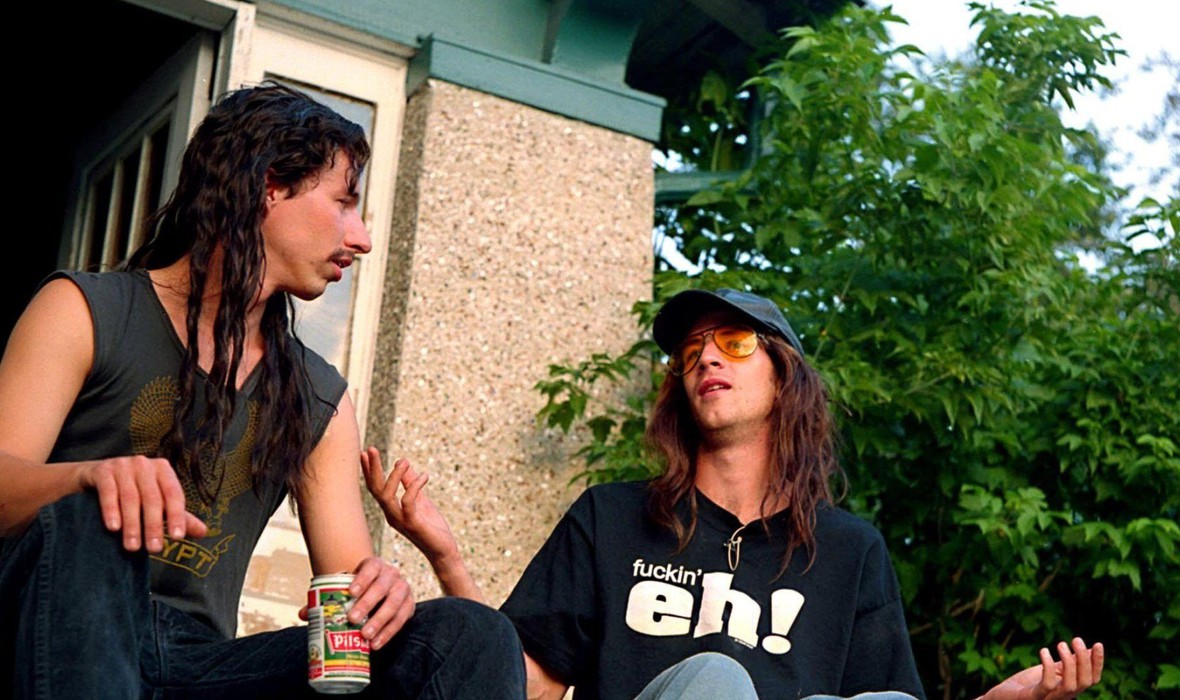 A special 15th Anniversary screening of the Calgary-shot cult classic.

Are you ready to just give’r? This hilarious mockumentary is based on the lives of lifelong friends and headbangers Terry (Dave Lawrence) and Dean (Paul Spence), who've devoted their lives to the important arts of beer, heavy metal, and, well, breaking stuff. These two mullet-sporting, beer-chugging Alberta-based headbangers are the subject of a fictional documentary by Ferral Mitchner (Gordon Skilling), a filmmaker who follows Terry and Dean as they explore the depths of their friendship through a series of unexpected twists and turns. A fun, hilarious, and unforgettable trip into the minds of two of Canada’s most beloved comic rogues.

Following the screening, please join us for HEAVY METAL KARAOKE after party at the Ship & Anchor Pub 534 17 Ave SW. All are welcome.

"Like THIS IS SPINAL TAP, only with more pathetic protagonists – and funnier!"

"With their greasy 'mullets', six-pack Pilseners and Beavis and Butt-head phraseology, the drop-out, permanently adolescent metal freaks of Cowtown (Calgary) provide a ripe constituency for satire."