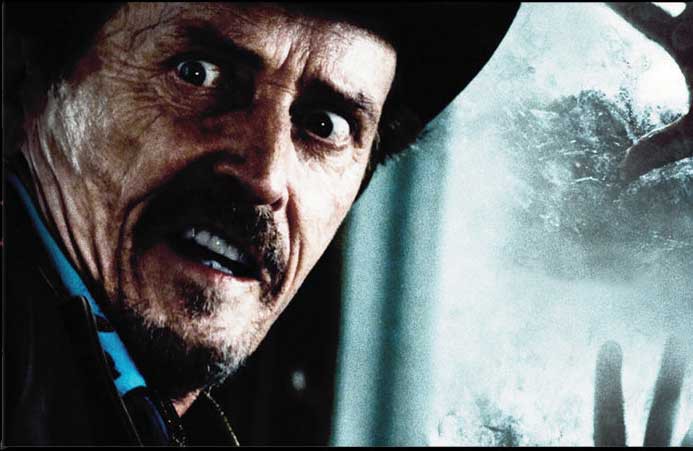 Grant Mazzy (Stephen McHattie, WATCHMEN, A LITTLE BIT ZOMBIE) is a big-city shock radio DJ who has lost his job and moves to the small Ontario town of Pontypool, where he frustrates his new station manager, Sydney (Lisa Houle, EJECTA). Nothing ever happens in Pontypool, so when Mazzy arrives at the station to start his show one wintry morning, he and his team are surprised by strange reports from town. The station’s tiny crew find themselves holed up in their church basement studio, trying to piece together what’s happening outside as disturbing details pour in. Callers are making very little sense, and it seems like the English language itself is infected with a strange virus.

"McDonald knows it’s the things you don’t see, but only imagine, that best chill the blood."

"This unsettlingly quirky account of semiological breakdown and small-town apocalypse plays like MY WINNIPEG for fans of intellectual horror."