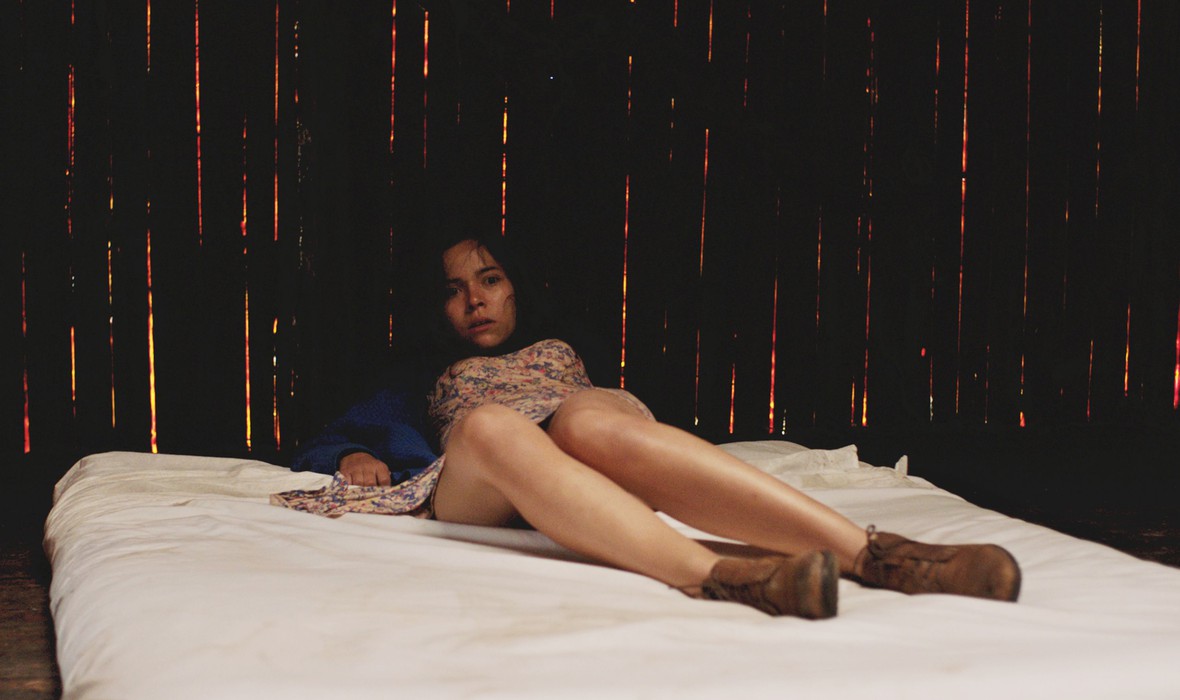 Young mother Alejandra is a working housewife, raising two boys with husband Angel in a small Mexican city. Her brother Fabian works as a nurse in a local hospital. Their provincial lives are upset with the arrival of mysterious Veronica. Sex and love can be fragile in certain regions where strong family values, hypocrisy, homophobia, and male chauvinism exist. Veronica convinces them that in the nearby woods, inside an isolated cabin, dwells something not of this world that could be the answer to all of their problems. Something whose force they cannot resist and with whom they must make peace or suffer its wrath.

DIRECTOR'S BIO
Amat Escalante, born in 1979, is a self-taught filmmaker from the city of Guanajuato in Mexico. After making two short films, he wrote and directed his first feature film, SANGRE, a FIPRESCI Prize winner at the 2005 Cannes Film Festival (Un Certain Regard). His second feature, LOS BASTARDOS, was also presented in Cannes' "Un Certain Regard".

press for The Untamed

An old woman confronts her childhood imaginary friend, who has taken up residence in the walls of her home.