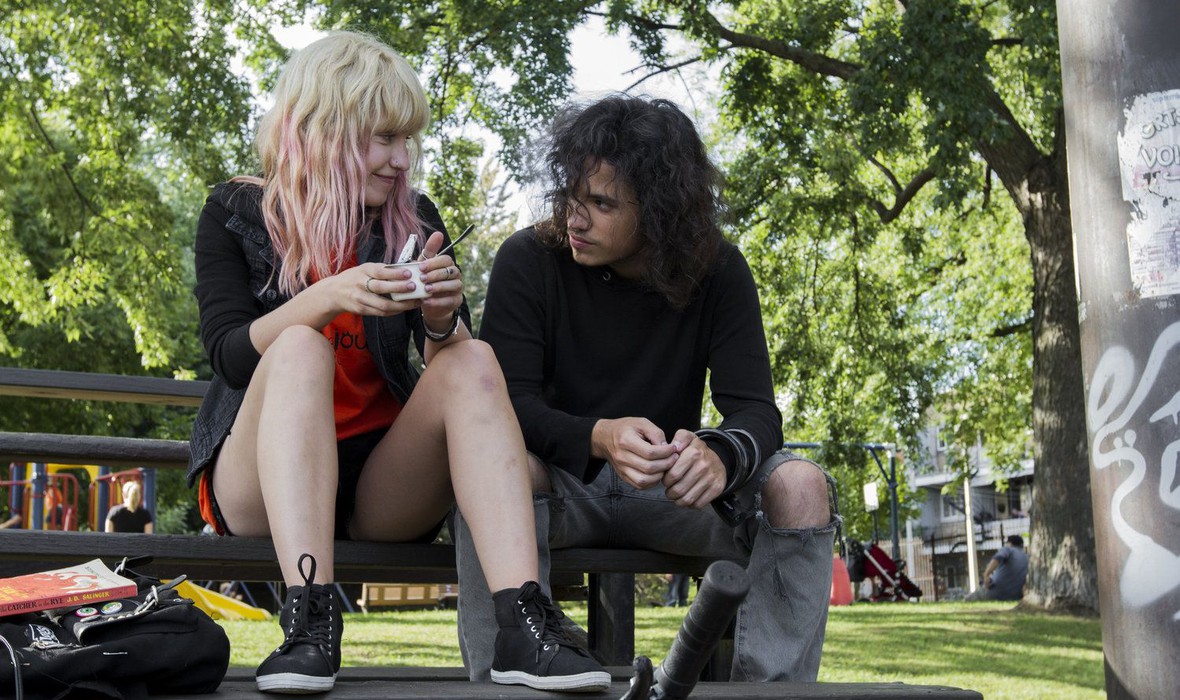 This exhilarating debut feature from Québécois filmmaker Pascal Plante follows the heartfelt and raw love story of two teenagers living on the fringe. Theo (Anthony Therrien) spends his 18th birthday alone, getting drunk at a metal show. There, he meets Mag (Rose-Marie Perreault), a bold and good-humoured young punk who invites him to spend the night at her place. As Theo works through the throes of a painful past, the two fall in love and wrangle the reality of separation that looms at the end of summer love.

"A mixture of the ephemeral and the eternal is what FAKE TATTOOS understands and enshrines so sweetly, permanently inking in a vivid, unsmudged outline of young love"