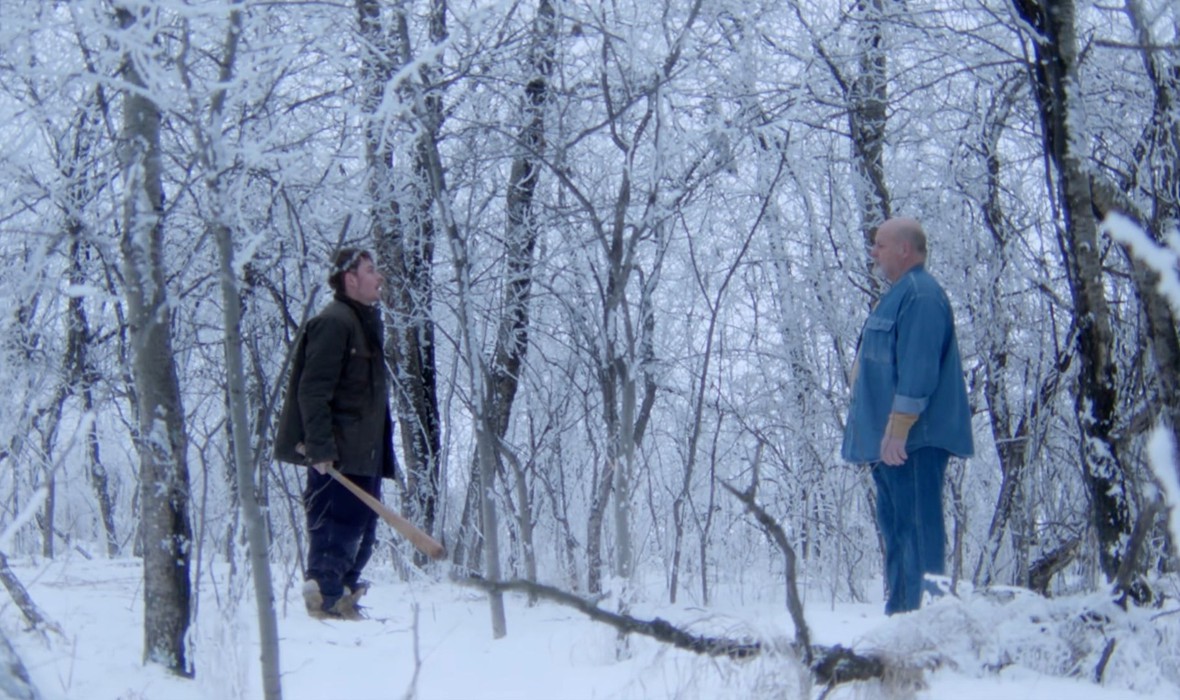 After his grandfather unexpectedly dies in the night, 12-year-old Henry finds himself cut off and alone on an isolated farm. When his nearest neighbour, Dixon, realises that the boy has no one to protect him, Henry becomes a target for reasons he cannot understand. With his parents at least 24 hours from returning and a massive snowstorm brewing, Henry retreats into the house and prepares for a siege. What follows is a desperate battle for survival that will also unlock the terrifying connection between his family and the killer next door. Best described as an R-rated version of HOME ALONE, KNUCKLEBALL stars Luca Villacis (CHANNEL ZERO), Munro Chambers (TURBO KID) and Michael Ironside (SCANNERS, TOTAL RECALL).

SHOW UP & SHIP OUT WITH THE SHIP & ANCHOR
BUY YOUR TICKETS IN ADVANCE from the Ship & Anchor (534 17 Ave SW ). LIMITED TICKETS AVAILABLE (40).
Includes transportation, screening and one free beer.
HOW IT WORKS: The bus leaves from the Ship at 6:00 PM sharp to the Globe Cinema. You will then see KNUCKLEBALL along with a filmmaker Q&A and return on the bus back to the Ship following the event.

ALL are invited to come back to The Ship & Anchor following the screening, for an after-party (subject to capacity).

DIRECTOR'S BIO
Michael Peterson has directed TV (scripted and unscripted) commercials, music videos, short film, documentary and feature films. He has a Master of Arts from UNC-Chapel Hill in Communication Studies which focused on documentary theory and production. He has directed for Superchannel (TINY PLASTIC MEN), Wild TV (THE WILMORE BOYS), APTN (CAUTION: MAY CONTAIN NUTS), and BBC2 (EXTRAORDINARY LIVES). His first feature as a director is the nerd comedy LLOYD THE CONQUEROR which he co-wrote and produced. KNUCKLEBALL is his second feature film as director, writer and producer.

"Imagine HOME ALONE as an R-rated thriller, and you have the concept behind this Canadian film, which involves a young boy who gets snowed in at this grandfather’s house before all hell breaks loose."