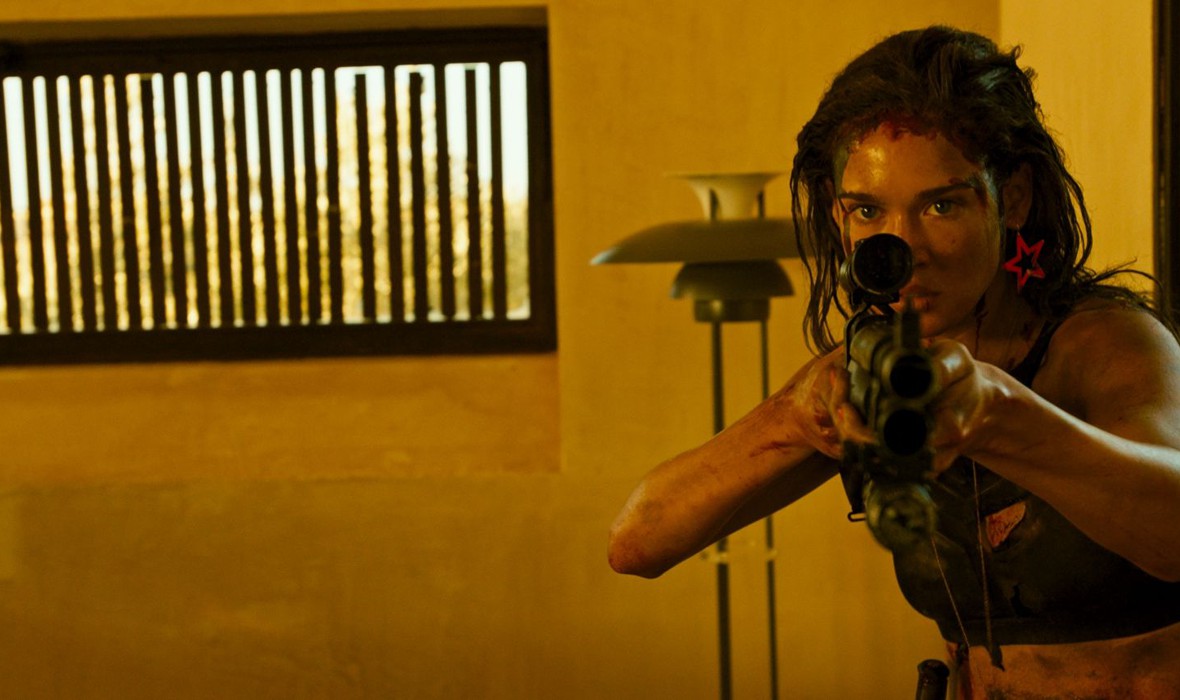 What starts as a weekend getaway between a married man and his mistress quickly devolves into a deadly game of cat and mouse when his hunting buddies arrive. Director Coralie Fargeat revamps and recalibrates the revenge trope from a female perspective, creating a violent, visceral monomyth about the rebirth and survival of a woman wronged seeking to even the score.

DIRECTOR'S BIO
Coralie Fargeat was born and raised in Paris, France. She studied at French cinema school La Fémis, where she was chosen to participate in their Atelier Scénario lab. Her debut short film, LE TÉLÉGRAMME, won 13 awards at multiple film festivals, and her sci-fi short film REALITY+ has won multiple awards on the festival circuit. REVENGE is her first feature.