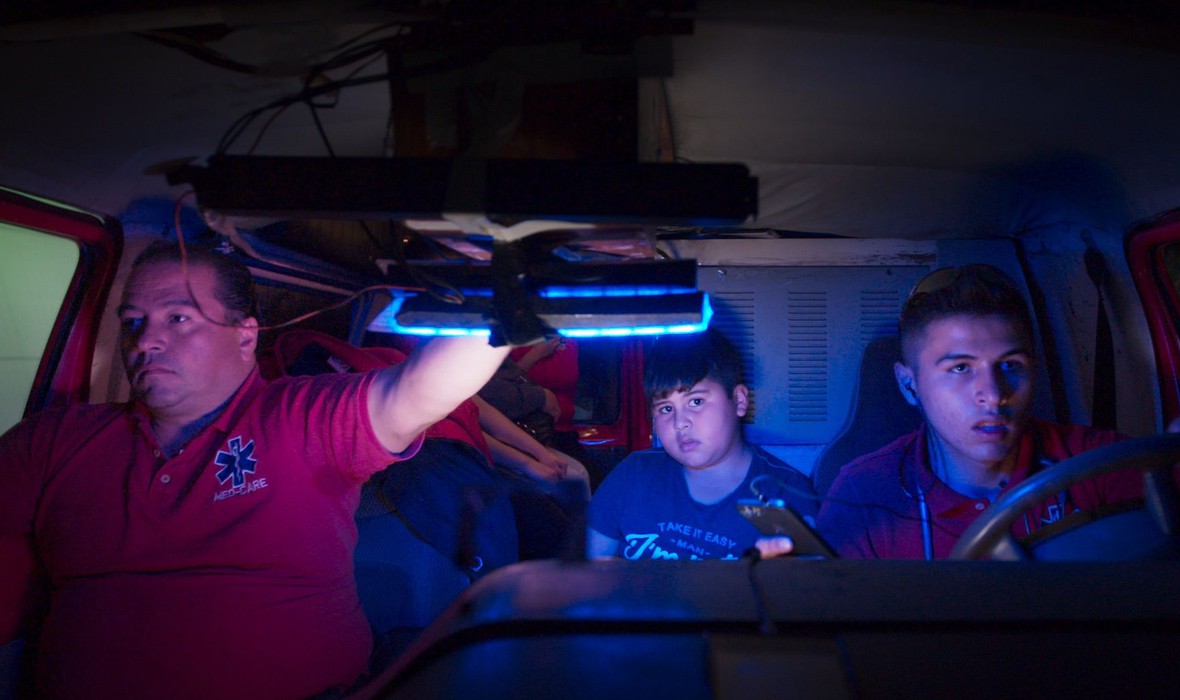 The Ochoa family runs a for-profit ambulance in Mexico City, competing with other EMTs for patients in need of urgent help. While making a living in this cutthroat industry, they struggle to keep their financial needs from jeopardizing the people in their care. When a crackdown by corrupt police forces the family to try legitimizing their operation, their desperate financial situation pushes them into questionable practices even as they continue providing essential emergency medical services. In humanizing the Ochoas’ ethically compromised business, MIDNIGHT FAMILY explores urgent questions around healthcare, the failings of government and the complexity of personal responsibility.

"A gripping doc... The film achieves a powerful measure of suspense that’s intricately tied up in its despairing sociological depiction of a system that’s come apart at the seams."

"Arguably the most exhilarating documentary to come out of Sundance this year, MIDNIGHT FAMILY follows the Ochoa family... at intensely close range on these Sisyphean missions of mercy."

"A deft mix of big-picture doc-making and intimate moments ... not to mention a wild — and remarkably eye-opening — ride."

"Combining edge-of-your seat thrills with intimate family moments, the doc coalesces to devastating effect. Doubly impressive is that Lorentzen pulled this off as a one-man crew."