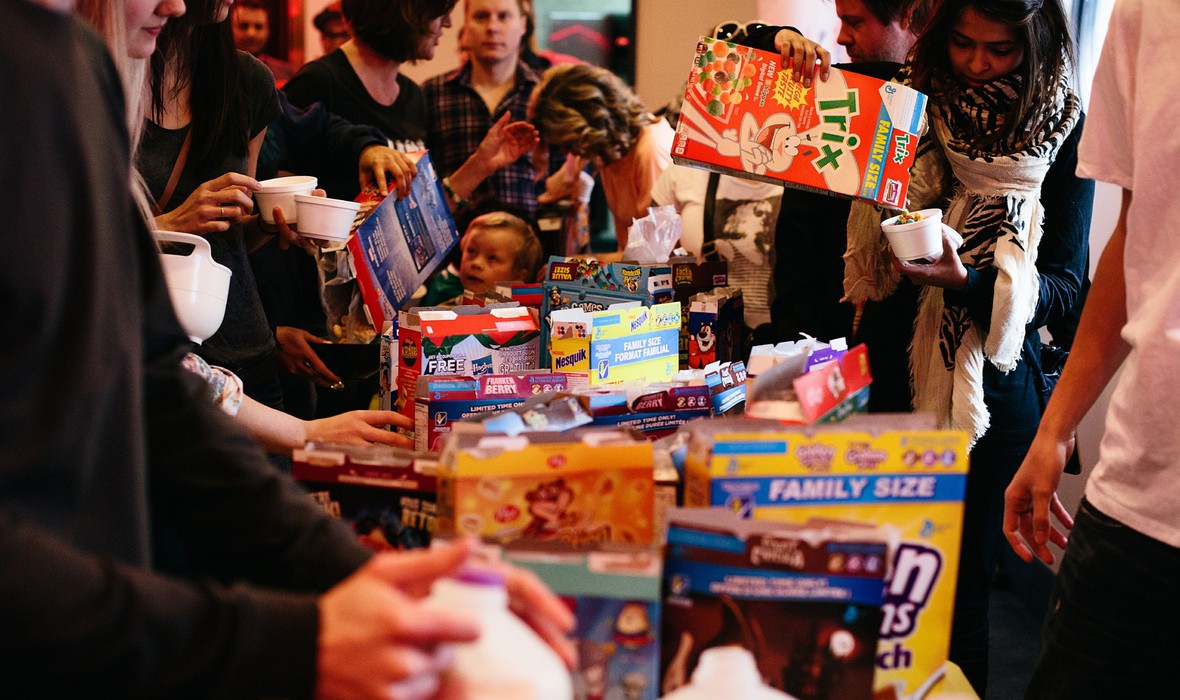 ADVANCE TICKETS ARE SOLD OUT, WE HAVE AN ALLOTMENT HELD FOR PASSHOLDERS AND A CASH ONLY RUSH LINE-UP

It’s the return of the Saturday Morning All-You-Can-Eat Cereal Cartoon Party! It’s that special time when kids and kids-at-heart get to relive the exciting Saturday Morning ritual of non-stop retro cartoons, and binge on the multi-colored sugary cereals that used to be a part of every “balanced” breakfast! As always, this 3-hour trip into the weird and wonderful world of yesteryear’s animated antics will be accompanied by an all-you-can eat buffet of cereal that is open throughout the show (and yes, there will be non-dairy options too!). The cartoon lineup is always a mystery, but in this all-new program you’ll see both faves and obscurities spanning the '60s through the '80s, all punctuated with vintage commercials, PSAs and station IDs! So get ready for a sugar rush and an explosion of nostalgia all wrapped up in one candy-coated package.

MULTI-PACKS NOT ACCEPTED FOR THIS SCREENING

Curator Bio:
Kier-La Janisse is a film writer and programmer, Owner/Artistic Director of Spectacular Optical Publications and founder of The Miskatonic Institute of Horror Studies. She is the author of A Violent Professional: The Films of Luciano Rossi (2007) and House of Psychotic Women: An Autobiographical Topography of Female Neurosis in Horror and Exploitation Films (2012) and co-edited and published the anthology books KID POWER! (2014), Satanic Panic: Pop-Cultural Paranoia in the 1980s (2015), Lost Girls: The Phantasmagorical Cinema of Jean Rollin (2017) and Yuletide Terror: Christmas Horror on Film and Television (2017). She is currently writing A Song From the Heart Beats the Devil Every Time: Children’s Programming and the Counterculture, 1965-1985, as well as a monograph about Monte Hellman’s Cockfighter and is in development on a narrative television series based on her book House of Psychotic Women with Rook Films.