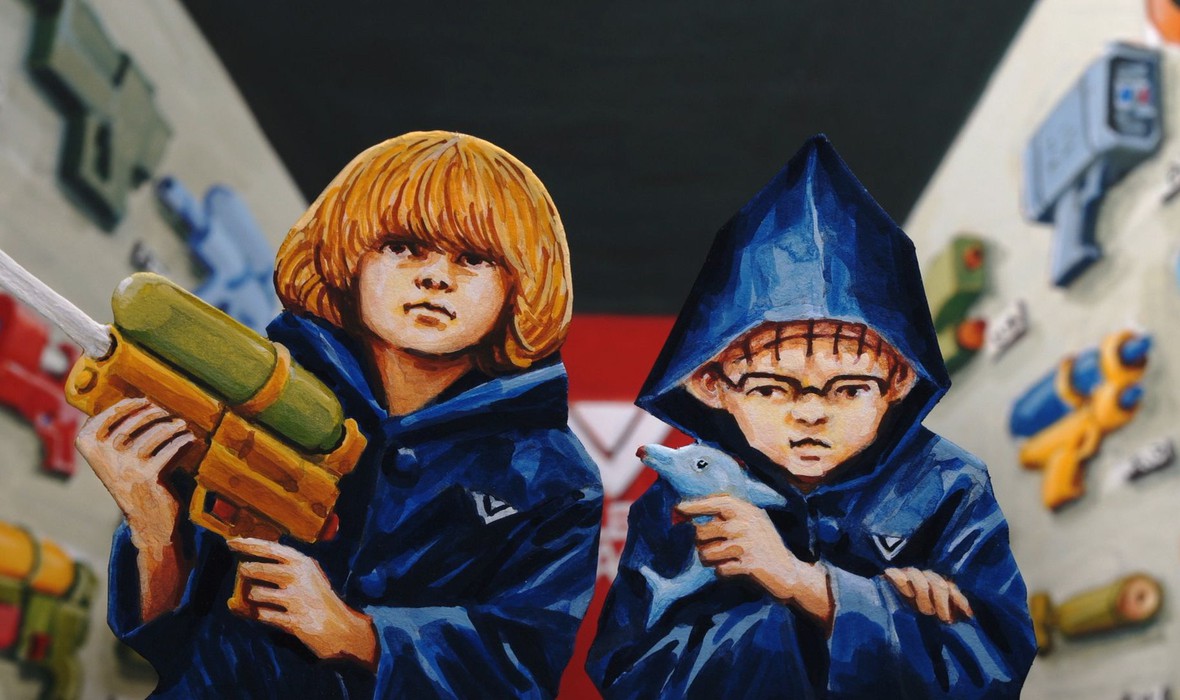 An American boy named Bobby and his friend Akkun set out for the mountains to build a secret hideout. On their way, they stumble upon a mysterious amusement park called Violence Voyager. It doesn’t take long for things to get weird as the boys discover a group of scared children who can’t seem to escape and soon find themselves under attack by robot-like humanoids. For his three years in the making follow-up to THE BURNING BUDDHA MAN (2013) director Ujicha again employs a blend of animation and manga called “geki-mation,” creating grotesque body horror nightmare imagery from painstakingly detailed, hand-painted paper cutouts. Chock-full of B-horror, sci-fi and kaiju film references, this blood-soaked late-night flick is not for the kiddies.

DIRECTOR'S BIO
Ujicha is a Japanese animator who uses the technique of “Gekimation”. His debut feature film was THE BURNING BUDDHA MAN in 2013.

"Rife with nods to B-horror and kaiju fare, VIOLENCE VOYAGER is a brutally inventive nightmare born of a singular, disturbing vision."

"VIOLENCE VOYAGER is an unforgettable experience both in terms of the insanity happening on screen, and the fascinating technical construction of the film."

"It's highly unlikely that you've seen anything quite like this."