Five Bucks At The Door: The Story Of Crocks N Rolls 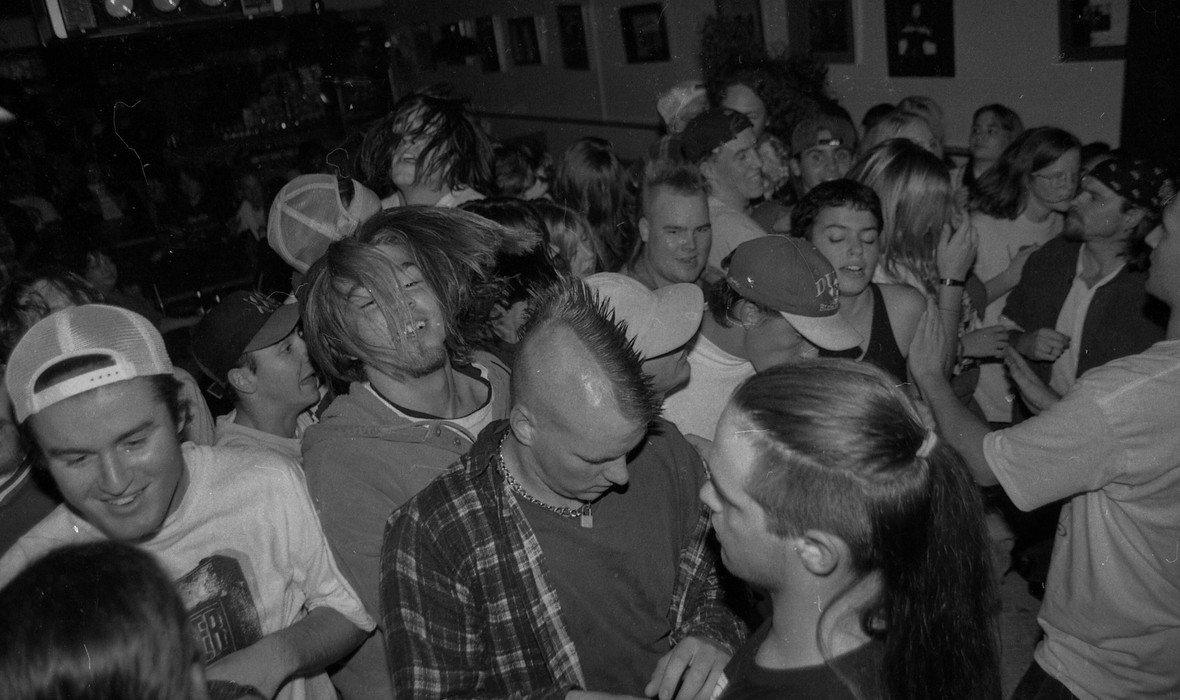 An indie-rock oasis in the Boreal forest. FIVE BUCKS AT THE DOOR: THE STORY OF CROCKS N ROLLS shares the history of how a bar in the middle of nowhere put Canadian music on the map.

In the mid-’80s and early ’90s, the heyday of indie rock, one unlikely venue became the epicentre of Canadian pop culture. In spite of its location, or perhaps because of it, Crocks N Rolls was one of the country’s premiere live music venues. Located in Thunder Bay, Ontario, atop the iconic Highway 61, Crocks (as it is affectionately called by its patrons) was a bridge for East and West coast musicians crisscrossing their way through the country. The story focuses on those pre-internet days of the D.I.Y. punk rock culture and grassroots alternative movement. The film talks with seminal independent Canadian musicians – Sook-Yin Lee, Dave Bidini, Bob Wiseman, Ian Blurton, Lucy DiSanto, Slo'Tom Stewart, Mike McDonald, Steve Loree, Dave Ullrich – each having a personal connection to the venue and its owner Frank Loffredo. A well-loved curmudgeon, known for his curly mullet and unfiltered approach to small business ownership, Frank decided to turn his family-owned Italian restaurant into a premiere "must-play" venue, hosting some of the most influential artists in hardcore, punk rock and independent music and becoming a champion for live music. All roads lead to Crocks, and 30-years later its impact is still being felt.

Live World Premiere on June 24 at 6:30pm feat. a Q&A with director Kirsten Kosloski. The virtual doors open at 6pm for a pre-show DJ set from CJSW's Helen Young (The Future Language). The chatroom will also be open, so login early and come hang out with other CUFF fans!

The film will be available on-demand the following day (June 25-28).

DIRECTOR'S BIO
Kirsten Kosloski is a documentary filmmaker, media artist and educator. Originally from Thunder Bay, Ontario, she turned a passion for pop culture into a career, and has spent most of her adult life obsessing over music and film. She has been a music writer, film critic and editor at FFWD, Calgary's alternative weekly. In Thunder Bay, she founded the artist-run media arts collective, North Light Media Collective, and has directed and produced two documentaries about the Northwestern Ontario region. FIVE BUCKS AT THE DOOR: THE STORY OF CROCKS N ROLLS is her second feature film.

We’ve always imagined the Goonda as someone from different walks of life moving through the world fiercely, readying themselves for a fight. Gold chains on, cut lip; this song is for the baddies.