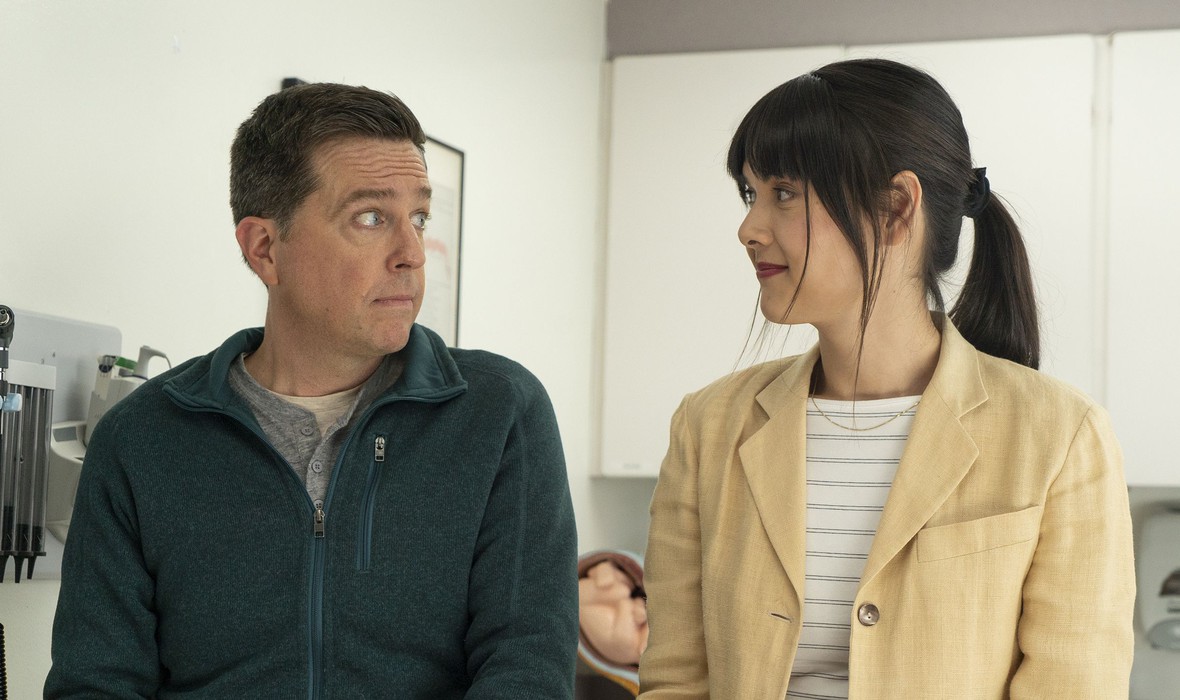 When a young loner becomes the gestational surrogate for a single man in his 40s, the two strangers come to realize this unexpected relationship will challenge their perceptions of connection, boundaries and the particulars of love. Starring Ed Helms, Patti Harrison, Tig Notaro, Julio Torres, and Anna Konkle, this subversive surrogate comedy was a breakout hit at the 2021 Sundance Film Festival where it was nominated for the Grand Jury Prize.

DIRECTOR'S BIO
Nikole Beckwith is a filmmaker, writer and artist. She made her feature film debut with STOCKHOLM, PENNSYLVANIA which premiered at Sundance 2015 and sold to A&E. The film garnered Nikole a Women's Image Award for Best Screenplay and nomination for Best Director, a Satellite Award for Best Film for Television, three TV Critics Choice Award nominations including Best Movie and slew of awards and nominations for the cast. TOGETHER TOGETHER is her second feature, which premiered at Sundance 2021.

"A remarkably restrained spin on a “quirky comedy,” celebrating platonic love and the many strange ways that we find family for ourselves — and it’s never quite what you’d expect."