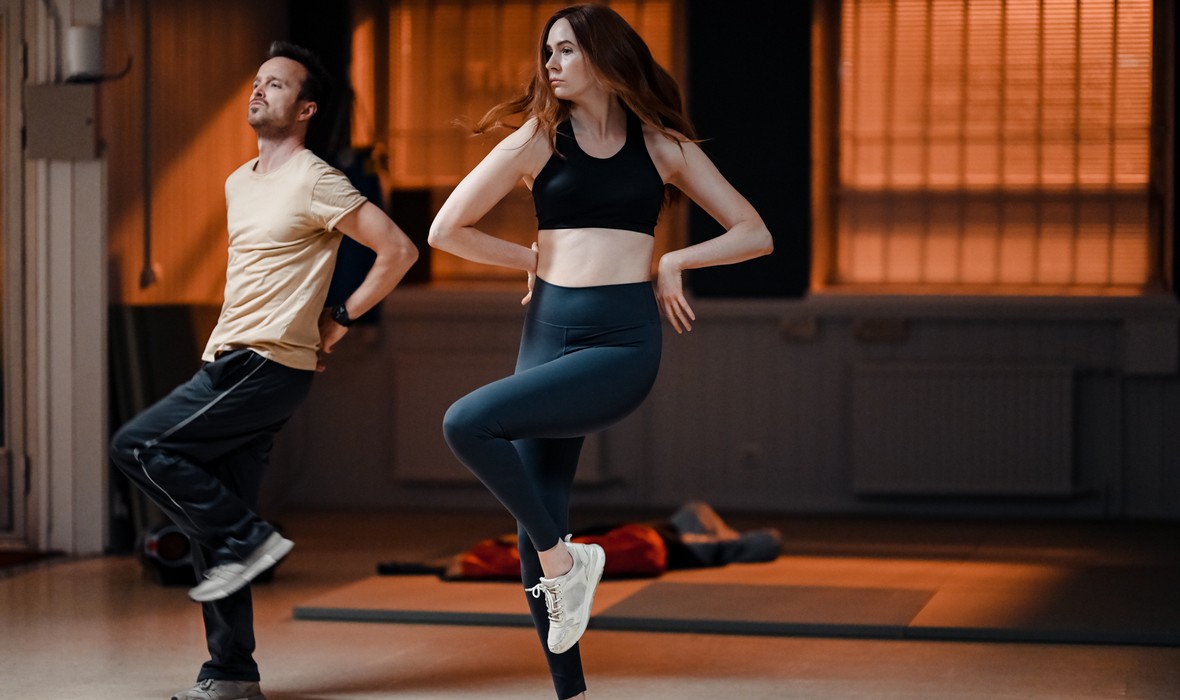 Opening Night Film! The satirical, science-fiction thriller from CUFF alumnus Riley Stearns (2019 Secret Screening Selection THE ART OF SELF-DEFENSE) centres on a woman who opts for a cloning procedure after she receives a terminal diagnosis and is court-martialled to a dual to the death when she starts to recover.

The film stars Scottish actress Karen Gillan (JUMANJI: WELCOME TO THE JUNGLE) playing opposite herself in the roles of Sarah and Double Sarah, alongside Aaron Paul (BREAKING BAD). DUAL had its world premiere at Sundance 2022, where it was nominated for the Grand Jury Prize.

OPENING NIGHT PARTY (included with your ticket)
The Derrick - 620 8 Ave SW, 9:00 PM - late
Join us across the street from Globe Cinema, for a party following the screening.
Drinks, food and DJing by Adam Kamis from CJSW 90.9 FM

DIRECTOR'S BIO
Riley Stearns is a Texas-born, Los Angeles–based writer and director. He has directed several short films that have played on the festival circuit, along with two features, FAULTS (2014) and the CUFF 2019 Selection THE ART OF SELF-DEFENSE.

"Director Riley Stearns follows up his 2019 sleeper hit THE ART OF SELF-DEFENSE with DUAL, an aloof, darkly funny sci-fi treat that takes place in a dystopian future."

"[A] darkly amusing science fiction, set in a world where human cloning has become a mundane fact of life."