We Met In Virtual Reality 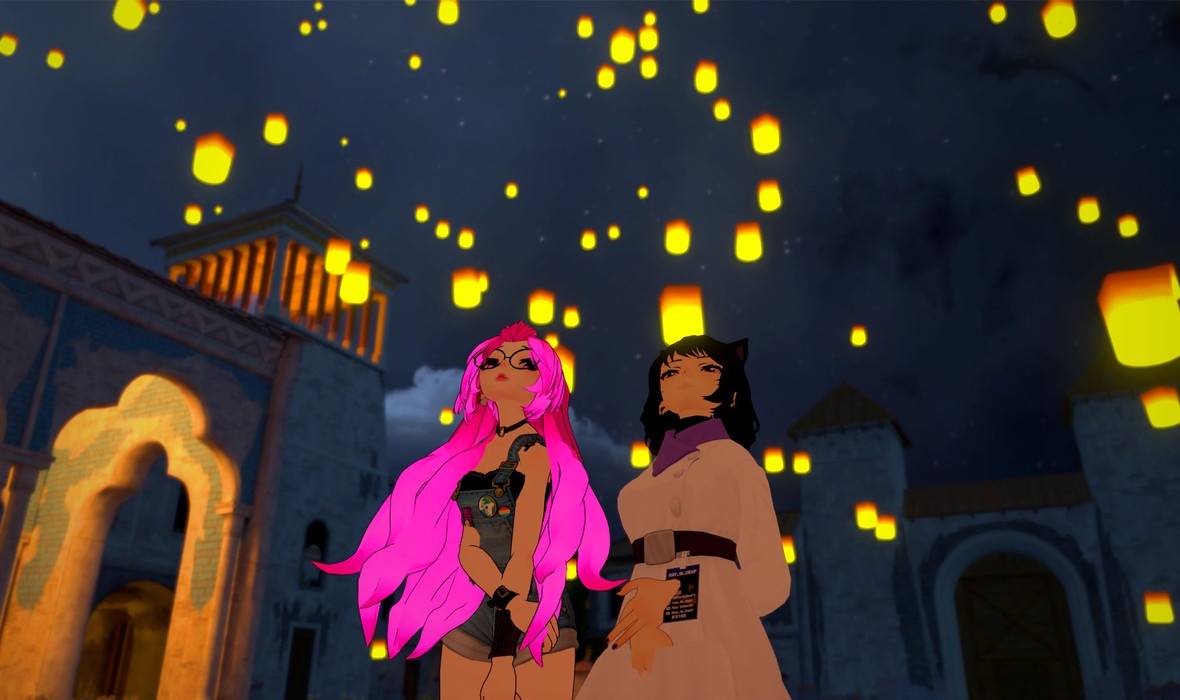 Filmed entirely inside the world of VR, this vérité documentary captures an intimate collage of stories exploring the burgeoning cultural landscape of VRChat while the physical world faced isolation during the COVID19 lockdown.

Following two long distance couples growing their relationships as they prepare to meet physically and a sign language teacher dedicated to building a welcoming community for deaf and hard of hearing VRChat users, WE MET IN VIRTUAL REALITY opens diverse conversations about love, identity, grief and mental health, offering a hyper real journey into the human experience of an online world that will soon shape the future.

DIRECTOR'S BIO
Joe Hunting began his journey capturing heartfelt portraits from VR in 2018, releasing his first award winning short film A WIDER SCREEN in early 2019, at the age of 19. Whilst completing his film production degree in 2020, he shot and directed another award winning short doc and a comedy series titled VIRTUALLY SPEAKING filmed entirely inside VRChat, which both screened at festivals internationally. After graduating, Hunting has been shooting works in VR full time, alongside the year long production of his debut feature documentary WE MET IN VIRTUAL REALITY.

press for We Met In Virtual Reality

"Without breaking from the avatars, Hunting shows you the breadth of these spaces and allows voices to speak honestly and freely as they tell moving stories about how they have found a refuge."

"A heartfelt tale about our irrepressible desire to forge genuine connections."